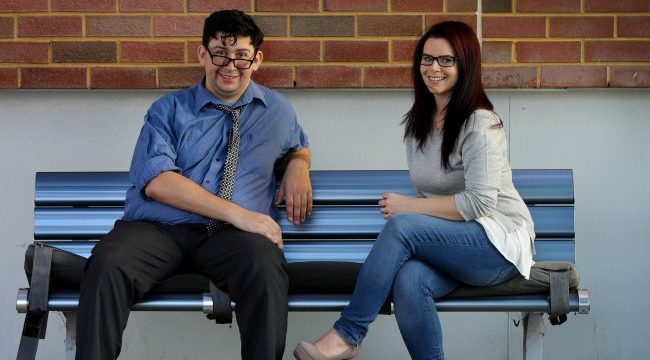 LIKE many teenagers, in the months leading up to his 18th birthday Andre May-Dessmann felt anything but adult.

“I felt like my maturity level was that of a 16-year-old,” the 20-year old university student, chef and Dr Who fan told a packed audience at the launch of WA’s HomeStretch campaign.

But like many young people in the foster care system, Mr May-Dessmann had little choice but to venture into the adult world. Over the next two years he lived in 26 places, finding it difficult to hold down a secure job, build up savings or pursue his university dreams.

Mr May-Dessmann was speaking about his experience at the launch of WA’s Home-Stretch campaign, backed by Anglicare and the Create Foundation, which is pushing for State care of young people to be extended from 18 to 21.

“In the first 12 months of leaving care, 50 per cent of young people leaving care will be either homeless, in prison, unemployed or a new parent,” HomeStretch campaign chairman Anglicare Victoria chief executive Paul McDonald said.

He said research from overseas showed massive benefits to extending care, with a study in the US finding that by extending time in care, the arrest rate of young care leavers dropped by 40 per cent.

“To tackle youth issues this is probably the simplest and profound strategy,” he said.

“These kids leave at 18 and they are not set up, they don’t have the necessary life skills and that’s when they fall into things like homelessness, because they can’t pay the rent, they get evicted, or they turn to crime to help themselves, or they are welfare dependant because they can’t learn the skills to get a job,” she said.

Childcare worker Cassandra Canale spoke about her and her younger brother’s experience of leaving care. She said she was lucky to have the support of family when she turned 18, but her brother struggled without system support, saying the ability to access help was of benefit to them.