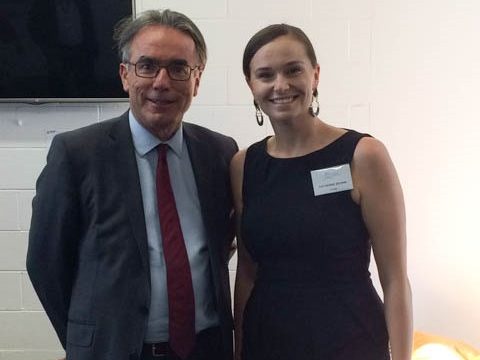 State MPs: Let’s agree on something to help our children

Sick of the political Punch and Judy show where neither side can agree on anything? Well, here is an idea that would offer a rare opportunity of bipartisanship for struggling young people in Western Australia, and save money.

It is a financial and social no-brainer that should be embraced by both sides of politics, even in the helter-skelter of an election campaign.

The policy will reduce youth homelessness, crime and unemployment. And, yes, it will make money.

It will also save Australia from further international embarrassment because we are becoming increasingly isolated among Western countries by continuing to abandon out-of-home care support when the children turn 18.

About 4000 young people in Western Australia are in out-of-home care in kinship care, foster care or State accommodation. They are usually vulnerable children from broken families or abusive or neglectful backgrounds. About 200 young people leave out-of-home care each year. Often this is because Government support to care-givers and case workers for the children are stopped abruptly at age 18.  It is a State responsibility.

The Home Stretch campaign was launched in Western Australia yesterday, after launches in other States. It urges the West Australian Government to extend out-of-home care to age 21 for those who want to stay in the system.

Western Australia has serious youth issues equal to or worse than all other States. There are 10,000 homeless people in WA and the rate of youth homelessness has doubled since 1989.  A quarter of the homeless are under 25.

Senior police officers have said WA has the worst rate of methamphetamine use in Australia and youth crime gangs are the greatest threat to law enforcement.

The evidence from all over the world shows that extending out-of-of-home care from 18 to 21 created dramatic improvement in homelessness, crime rates and education outcomes.

A recent report from Deloitte Access Economics commissioned by Anglicare had nailed the argument and made the policy a “no-brainer”. The Deloitte report found that for every dollar WA spent on extending out-of-home care, it would save $2.17 through reduced costs of homelessness, fewer hospitalisations and fewer arrests.

The cost of extending the out-of-home care support in Western Australia would be $5.1 million per year. But the benefits would be $11.5 million a year, according to the Deloitte report. This means there is a net benefit of $6.4 million.

Apart from the economic benefits, there are enormous community benefits in better relationships and social cohesion and inclusion.

Elections are about new approaches to difficult problems. Here is an opportunity for our political representatives to grasp the opportunity that this election presents and support this simple but profound reform for our most vulnerable children.