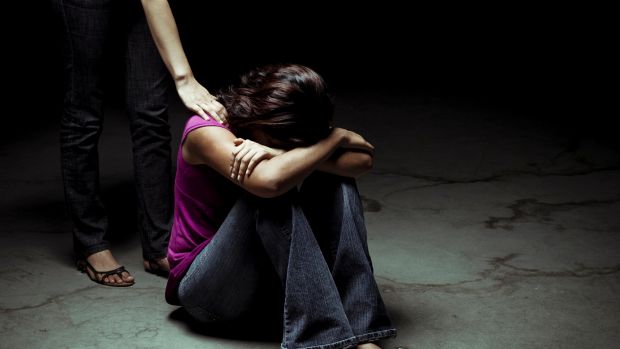 Australia is increasingly isolated amongst Western nations in abandoning out-of-home care support when young people in foster care, kinship care or residential care turn 18. Regardless of the young person’s ability or disability, or whether they are still at school or unemployed, or whether they suffer from depression or a physical illness, or whether they are friendless or a new parent, the support they have received under state care must end by their 18th birthday.

It is the age of the child, not their readiness to live independently, that determines when care is terminated. So, every year over 650 young people in Victoria are shown the door either before or the day they reach 18 years. These children, unprepared for life on their own, have higher rates of homelessness, ill-health, under-education, crime and drug use than their peers living with families.

There is now a large and indisputable amount of research in Australia and overseas showing that those who leave care at 18 have poor life outcomes and struggle with many of life’s demands. Australian research shows that these young people have high rates of homelessness and lack the social, emotional and domestic skills needed to live independently. Another study found that within 12 months of leaving care half are unemployed, in jail, homeless or a new parent. And Swinburne University’s national study of 400 homeless young people surveyed in 2015 found that 63 per cent had recently been exited from care.

Yet our governments around Australia continue to literally “evict” young people from care and withdraw support to foster parents and kinship carers. For those in residential care, the eviction is complete with no options apart from a homeless refuge.

Such are the child welfare policies in 2016, that while most children in their own families are staying at home longer because either they or their parents know they do not have the resources or skills to go it alone, we expect vulnerable young people with troublesome backgrounds to cope alone at 18.

There are more than 44,000 children and young people living in out-of-home care in Australia. They receive legal protection, formal care and assistance from the state only until they turn 18. At least 3000 young Australians each year are shown the door.

The chorus for reform has become irresistible. Extending out-of-home care had been recommended by the 2012 Vulnerable Children’s Inquiry led by Justice Cummins. A report by the Victorian Ombudsman last year found that some young people had little or no preparation for leaving care and no leaving-care plan. A Senate inquiry report into out-of-home care last year highlighted that those leaving care are struggling to cope independently. It suggested that Australia should consider extended care options

The Deloitte Access Economics study shows that for every dollar spent on extending support to age 21, the community would save between $1.40 and $2.69, depending on which state. The Victorian saving would be $1.84, if a quarter of those were offered extended care to 21 years, going up to over $2.50 if more took up the offer at 18 or 19 years. For NSW the saving would be $2.57.

The biggest savings would be reductions in homelessness (cut by half), reduced hospitalisation (cut by a third) and reduced arrests (cut by 35 per cent). The report estimates there would also be significant savings in improved mental health, better physical health and social connectedness caused by better preparation for adult life for these young people.

The Deloitte Access modelling drew on data from similar successful programs in Britain, Canada and the US.

Turning 18 does not make you an adult. Rather, science tells us that adolescence does not finish until the age of 25. Further, we know the teenage years are vulnerable in life expectancy with the latest edition of Scientific American estimating that a young person is 200 to 300 times more likely to die at this period of their life than any other time.

It is difficult to think of any reasons why our politicians should not be acting and ensuring we see these young people through to adulthood. Many have teenage children, and daily they would see the need for the parental home to continue to do its job. It is unlikely they will be considering kicking their own children out of home at 18 just because the calendar ticked over.