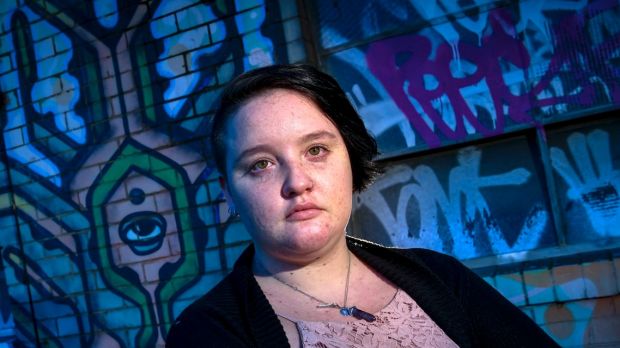 Raising foster care age would save money and vulnerable from streets: Anglicare

Imagine a change that would save millions of dollars a year – and keep vulnerable young people away from homelessness and the courts. And it is something foster carers like Vicki Bailey have been doing for years.

There is clear evidence that young people who have been in foster or residential care are more likely to get caught in a cycle of disadvantage, which can span generations.

Now, for the first time in Australia, an economic argument has been made for the benefits of raising the age that young people leave foster care, from 18 to 21 years.

Not only would it mean better outcomes for care leavers, but it would also save millions in areas like welfare, mental health and justice, according new research commissioned by Anglicare Victoria.

The experience of young people in care – who lose support from the state, their “parent”, on their 18th birthday – stands in stark contract with the trend for young people in the general population.

“The thought of throwing them out never occurred to me,” Vicky Bailey, foster carer.

These days young adults are more likely than ever to live with their parents until their mid-20s. They move in and out of the family home to pursue education or save for a mortgage. Almost half of people between 18 and 24 still live with one or both parent, the research shows.

Vicki Bailey and her husband Darren have looked after more than 20 children. She makes no distinction between her biological kids and her long-term foster kids, siblings Helen, 21, and Daniel, 18.

Their photos are on walls of the family home in Wandin, east of Melbourne, and the pair have remained with Bailey after turning 18, when foster carer payments stopped.

“The thought of throwing them out never occurred to me,” says Bailey. “They still need help now. It’s all very well saying they are 18 and they’re adults but their problems don’t dissolve when they turn 18.”

Anglicare chief executive Paul McDonald was the head of the Victorian Department of Human Service’s children, youth and family division. There he met “casualty after casualty” of an unforgiving system.

“I saw young people trying to pull their own life together. And their support ended at a birthday, rather than when they were developmentally ready,” he says.

There are about 7700 children in Victoria living in out-of-home care, and 43,000 across Australia.

About 500 young people in Victoria left state care in 2015. Providing them with an extra year of support would cost about $10.5 million, but the expected benefits – through relieving pressure on other services like housing or justice – would be about $19 million, a saving of about $9 million, the research finds.

Until recently, Sam Warner, 18, was one of them. Following a traumatic family breakdown, Warner has lived in more than 20 foster or residential care homes. Often, it was “hell”.

Relationships were severed when placements ended or broke down. One foster carer used her as a live-in servant. “Resi homes” were the worst, she says, terrifying places shared with other damaged teens.

Despite all of this, Warner would have chosen to stay in foster care until she was 21. The medical and educational support was good, she says. Now on income support, she cannot afford to study, or the neurological tests she needs.

Warner has managed to secure short-term support at turning 18; a unit in supported accommodation through Anglicare. But in six months’ time, her time is up. “It’s scary, I’m not sure about my future,” she says.

The United Kingdom has recently changed laws so young people can voluntarily remain in foster care until 21. In the United States this has been the case for years.

This research marks the start of a “Home Stretch” campaign, launched tomorrow by Anglicare with support from Victoria’s largest social services like Berry Street, the Brotherhood of St Laurence and the the Council to Homeless Persons. It will push the Victorian, and later federal, government to extend the foster care to 21.

In Victoria, there is a legislative responsibility to provide leaving care support for young people up to 21 years of age. But such supports are considered inferior to extended care.

A spokesperson for the Victorian government said it spent $10.5 million a year on leaving-care support programs.