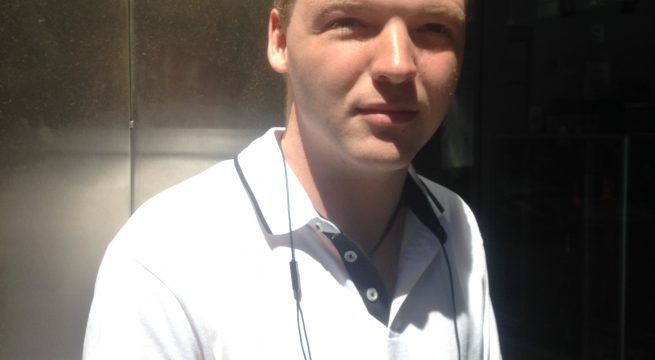 The Aussie kids terrified of their 18th birthdays

JUST days before his 18th birthday, Dylan Langley, a cheerful blonde-haired Essendon fanatic, was told to start “looking for a homeless shelter”.

A joyous day in the life of most young Australians is actually the most terrifying for thousands who live in foster care or an orphanage. It’s the day they are evicted from care and forced to fend for themselves.

Between the ages of 12 and 17, Dylan was shuffled between 20 different Victorian state care facilities. But at least he had a roof over his head. Since turning 18, he has been couch surfing, homeless and constantly on the move.

Now 22, he is an ambassador for a national campaign to push Australia to join the rest of the developed world in extending the age young people can remain in care.

Soaring rental costs across our major cities are forcing more and more young Australians to stay with Mum and Dad longer. More than half of all Australians aged 18 to 24 still live with at least one parent. But those in state care — who had been removed from their birth parents due to abuse or neglect — don’t have that choice.

They are forced to leave care by the time they turn 18, at which time payments for their carers abruptly stop.

“I was living in an institution, and was told to move out, but I had nowhere to go. The Department [Human Services] told me I better start looking for homeless shelters. I felt so isolated and started freaking out,” says Dylan.

Luckily, a transitional community housing property became vacant just days before his 18th, saving him from homelessness. For a while at least. His time in the property soon ran out, and on Centrelink benefits he couldn’t afford rent elsewhere in Melbourne. He ended up homeless for almost a month before a friend offered him a room.

“Growing up in institutions, they didn’t teach me things like how to apply for jobs, or get rental properties. I was so lost in the real world,” says Dylan.

Dylan is determined to ensure the 43,000 Aussie kids currently living in state care get more support than he did. He’d like to see state governments invest more to provide stable, family-based options for kids in care — like permanent foster care or adoption; rather than bouncing them around institutions like they did to him.

But what he’s most passionate about is helping the 2,000 plus 15 to 17-year-olds that exit state care each year. Around half end up homeless, unemployed, in jail or pregnant within their first 12 months in the outside world.

Dylan is now an ambassador for Home Stretch, a national campaign initiated by Anglicare Victoria that is calling on state governments to provide the option for continued care for young people until they are 21.

“Ministers and Premiers wouldn’t turn around to their own kids and tell them ‘you’re out’ when you turn 18. So why do we do it to kids whose parents are the state?” asks Paul McDonald, Chief Executive of Anglicare Victoria.

Mr McDonald says that Australia is an “outlier” among the developed world in the way it ditches young people so early in their lives. He says that the UK, the USA, Canada and New Zealand have all realised that supporting young people until they’re in their early 20s not only helps the kids themselves, but also saves the government money.

“We’ve seen that it can halve rates of homelessness, reduce criminal activity and increase education participation for those leaving care. Modelling from Deloitte Access indicates that for every dollar governments spend on helping a child in care from ages 18 to 21, they save more than two dollars down the track,” he says.

Mr McDonald says for this reason, the US federal government stepped in and provided half the funding to 30 states to enable them to support kids beyond their 18th birthday. The Australian federal government, by contrast, has been “aloof” and “negligent”.

He says even after being made aware of the economic benefits, their “silence has been deafening”.

Dylan, though, will keep pressuring them. “My passion for trying to make this change comes from my own experience. I hated that feeling of being told to go to a shelter, and don’t want to see anyone else have to go through it”.

Further information on the Home Stretch campaign can be found at thehomestretch.org.au