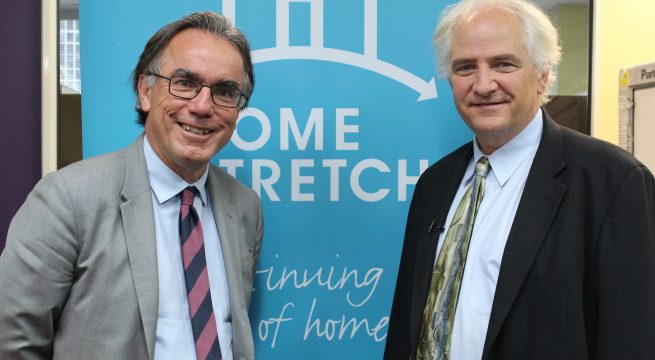 This morning, University of Chicago international expert on out-of-home care, Professor Mark Courtney from the United States of America (USA) spoke about the outcomes of extending state care from age 18 to 21.

Professor Courtney presented findings from the USA’s most widely cited research of youth leaving foster care, The Midwest Study, of which he is the lead author.

The Midwest Study sample involved several hundred youth located in Illinois, Iowa and Wisconsin over five years as they age out of foster care. The study found those who received continued services until the age of 21 presented with favourable outcomes.

Professor Courtney drove the message that policy does matter. For example, allowing youth to remain in care until the age of 21 in Illinois has been associated with the following outcomes:

Professor Courtney’s visit ties in with the continuance of The Home Stretch campaign, which is advocating for extended care to be provided to the age of 21 for children living in state care throughout Australia. Currently, Australia falls behind many parts of the US, Canada, the UK and New Zealand who have all extended out-of-home care beyond the age of 18.