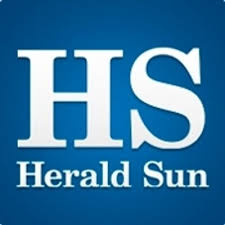 Youth Crime Summit Melbourne: Ways to tackle issues to be put to Government within weeks

WAYS to tackle Victoria’s youth crime woes will be put to the government within weeks, following yesterday’s landmark Youth Summit.

Examining police involvement in schools, raising the age threshold for state care and identifying which support services aren’t working are among ideas raised by attendees.

Top cop Graham Ashton, who called the unprecedented meeting of 200 community leaders, vowed it was just the start of addressing a surge in more serious and violent youth offending.

Ideas raised will be examined, along with subsequent feedback, before a report containing key recommendations is put to a government committee.

“We’ve got a whole lot of issues presented today that I think we will be able to develop some really good recommendations from,’’ Mr Ashton said.

“There is going to be an enormous amount that we will draw together.

“Now is the time for action because if we don’t act now we may miss an important opportunity — an opportunity to enhance the lives of vulnerable young people now and into the future.”

The summit, supported by the Herald Sun, followed a record number of arrests of young people in Victoria over the past year.

Mr Ashton said interviews with young people revealed many felt isolated and struggled to find work or an education.

“For the young offenders that we’re hearing from, they are certainly saying that for them it’s easier, for example, to deal drugs than to deal with the bureaucracy of Centrelink,’’ he said. “They’re saying that it’s easier to steal than to earn. That’s their way that they’re finding they can get ahead and get money and in their eyes be successful.”

Premier Daniel Andrews said the government’s public order committee, established with senior ministers and police to ensure they had adequate resources and powers following the Moomba riot, would consider the top three or four “concrete” programs, reforms or changes recommended from the summit.

“They will be on the table — and we will as best we can action them and make them real,’’ he said. “Acknowledging when you have a problem is very important. And I want to commend Victoria Police for acknowledging that there are areas where we must do better.”

Giving young offenders a chance to turn their lives around was the key.

“We know that in many cases an incarceration-only approach is simply an apprenticeship for a life of crime,’’ Mr Andrews said.

“Not only is that bad for the individual involved, the people who will be the victims of that person’s criminality, but it also costs a lot … in human and in dollar terms.”

Better tracking children who are expelled from school, improving mental health, ongoing communication with the young and raising the threshold to state care from 18 to 21 were among the ideas floated.

Anglicare Victoria chief Paul McDonald’s suggestion of raising the age at which children leave state care to at least 21 was met with applause from the room.

Half of 16-year-olds who left were either in jail, unemployed, pregnant or homeless within 12 months, he said.

Young people attending the summit said it was vital for authorities to seek their input.

Attendee Tayla said: “Listening does nothing. You’ve got to care. Without care, there’s nothing.”

Another attendee, Megan, urged the public to take time to start conversations with young people to better understand issues.

“If everybody did that, got out of their comfort zone and said ‘hey, what’s up, how’s it going’, I think we would be in a better situation,” she said

“Research shows us that sustainable employment and pathways to employment (are the) best ways of reducing recidivism, and re-engaging young people,’’ he said.

“To create disengagement from criminal activity requires engagement in something else.”

Franchise chain Bakers Delight has donated a fully kitted out bakery and discussions are under way with social enterprise organisation STREAT, which already provides training and work for former detainees at cafes across Melbourne.

STREAT founder Rebecca Scott said some were now paying their way through university or advancing through the industry.