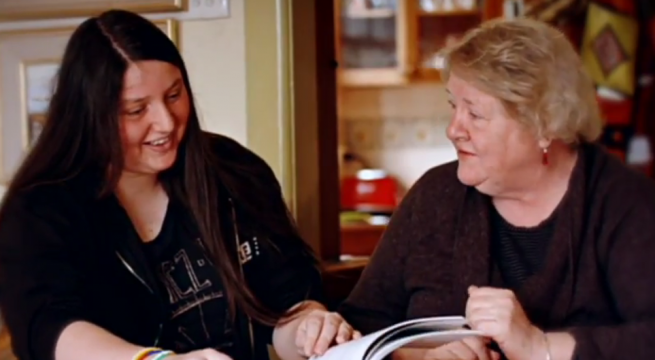 A few extra years can make a big difference. Tash is proof how much difference a few extra years of support can make. At 17 years old Tash found herself rapidly moving towards the age that the state deems she is capable of looking after herself.

Far from the celebration that it should be, for young people living in state care, turning 18 is a looming deadline for the day their state care support runs out and they are expected to support themselves.

“For a lot of young people living in state care, there isn’t a future,” Tash says. “You turn 18 and you have nothing.”

“You either go back to the family who might not have been able to take care of you, or you end up on the streets.”

Tash was lucky though.

She already knew Susan, a teacher and welfare worker supporting young people in residential care and based at the Berry Street School in Noble Park. Susan says she could see the very real difficulties Tash was likely to experience if she was required to leave state care without extra support.

Susan and her family welcomed Tash into their home when she was 17 years old – knowing that they would receive no continued funding support to offer Tash a home.

“We consulted as a family and decide that we would offer Tash the chance to come and live with us.”

Tash has been a member of Susan’s family home in Melbourne’s outer east for three years now. In that time she says that she has really developed as a person.

Tash has gained a huge amount of confidence and has now completed a TAFE course, got a job and regularly speaks on behalf of other young people who have also experienced disadvantage.

Acknowledging that it hasn’t always been an easy journey, Susan says she can see that the extra few years Tash has had to get herself sorted out and set up for the future have been very beneficial.