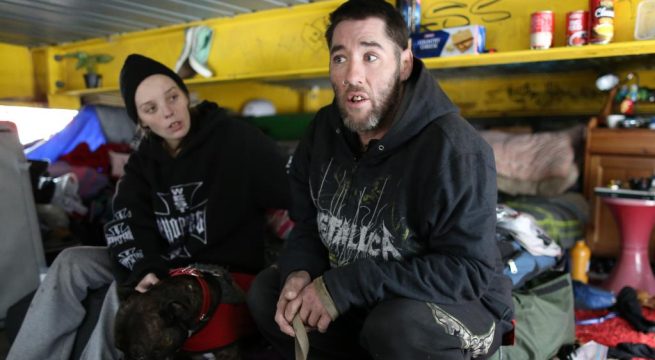 State fails kids when it drops them at 18

TURNING 18 is a big deal for Australian teenagers. It’s an awesome birthday, one of the final stepping stones to adulthood, bringing great privileges as well as onerous responsibilities — the rights to drive, marry, vote, gamble and sign contracts.

But for a growing number of young Australians, it is a time of abandonment.

These are children who are under state care, in residential or foster care. When they turn 18, the state tells them they are on their own, whether they are ready or not.

That is a scandalously outdated system that is contributing to youth homelessness, drug addiction and crime. It is time for governments to be real parents — as the law requires them to be — and look after this vulnerable group until they are 21.

A recent national survey by Swinburne University revealed 63 per cent of 400 homeless young people had come straight out of state care. It is now estimated that 50 per cent of those who are required to leave state care at 18 around Australia will either be homeless, in prison, unemployed or a new parent within the first 12 months of being out on their own.

One recent study recorded that 30 per cent of young people leaving state care had five or more places they stayed in within the first 12 months of being left to their own devices.

Earlier generations left home at 18 to celebrate their independence; they were times of plentiful jobs without the need for a tertiary degree and times of affordable accommodation. Things have changed.

The care system now drops children before they are educated, prepared for work or have social skills, role models or networks to help them cope, often introducing leaving-care plans to the child as early as 16 years.

An enlightened Australia has been ahead of the rest of the world in many social reforms. But not in this case. Australia is lagging behind the United Kingdom, which in 2013 changed the law to provide funding for Britain’s 70,000 children in foster families until they turn 21, as long as both the child and the foster parents agree.

The Staying Put program allows for the foster family and teenager to maintain the same support and arrangements as if they were in the care system. Staying Put also introduces a layer of flexibility by allowing 18-to-21-year-olds to move in and out of foster care, with government support, if independent living does not work out — just as many genetic teenagers sometimes move back home.

The reform has already been considered so successful that Scotland has extended it to those in kinship care and to the even needier group who are in residential care.

In Australia, there are about 44,000 children in out-of-home care. About 4000 are in residential care and the rest are split between kinship care and foster care. About 3000 leave care each year.

Implementing the principle to continue to support a child, and carer, so they are able to remain in their placement until 21 years not only updates the state bona fides as a parent but delivers for this group on the important life platforms of housing and education.

The experience of the Staying Put pilots saw the group that remained with their carer till 21 halved their chances of becoming homeless and doubled their engagement with an educational institution.

Any government that brings a child into state care, if it is considered in the best interests of that child, is making one of the most significant and momentous decisions possible. The law requires the state, in return, to act as closely as possible to a parent in caring for the child.

That means not only caring well but finishing off that care well. To end care at 18 prematurely severs the emotional, domestic and financial support still required to be delivered by the parent. It is significant that the average age of leaving home in birth families sits at 25 years.

It is time for governments around Australia to grow up as parents and address this shortfall in our system. I doubt that the relevant ministers are planning to kick their own children out at 18. So it is not reasonable the state does so as a parent.

The social outcomes for the state are compelling, with expected reductions in youth homelessness, imprisonment and unemployment. Economically alone, the total community costs of not seeing a child in care through to 21 in the UK is estimated to be $8 billion a year. In future, we will regard this flaw in the system as Dickensian. The sooner we fix it the better it will be for all concerned.