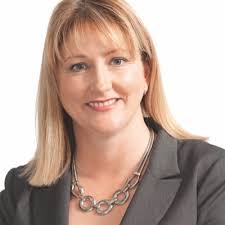 Ms SHARKIE (Mayo) (19:39): I rise today to urge the government to support the Home Stretch initiative.

Home Stretch calls for the voluntary continuation of out-of-home care for 18- to 21-year-olds and is championed by Anglicare Victoria and supported by a wide range of social service organisations. Out-of-home care is provided to young people who are unable to live with their parents and ends when a young person turns just 18.

Young people in foster care or alternative care are vulnerable. They often have backgrounds of abuse or neglect and need additional care and support to fulfil their potential and to avoid poor social and economic decision making.

Prevention, as they say, is far better than cure, and providing additional resources during the early years of adulthood is the critical period of transition. It would not only improve outcomes for individuals but also provide a long-term benefit to the federal budget.

Twenty-nine per cent are unemployed, compared to the national unemployment rate for young people of around 12 per cent, and 28 per cent are already parents. Sixty-eight per cent are involved in juvenile justice and 40 per cent experience homelessness. These are grim statistics.

Similar programs in comparable jurisdictions that extend out-of-home care to the age of 21 have been met with economic and social success. For example, the United Kingdom’s Staying Put program is a voluntary opt-in program that allows a young person to make an agreement with their foster carer to remain living with them until they are 21 years of age. An evaluation of the pilot found that 55 per cent of them—more than half were enrolled in full-time education, compared to just 22 per cent of those who had exited care.

In the United States, the federal government is in partnership with a number of states to provide support for young people up to age 21 who are in foster care or out-of-home-care situations. In California, such support is on the condition that the young person is either attending high school, enrolled in college or vocational education, employed for at least 80 hours a month or participating in a program aimed at gaining employment. A study of the program in San Bernardino, California, found that 66 per cent of the participants completed the US year 12 equivalent and half were involved in college or vocational education.

The Home Stretch initiative engaged Deloitte Access Economics to conduct a cost-benefit analysis of its proposal for voluntary continuation of out-of-home care for those aged 18 to 21.

Deloitte concluded that the program’s national average cost-benefit ratio was two to 13, which means that for every single dollar invested $2.13 is returned to the community, to taxpayers.

Modelling shows that if implemented it would halve homelessness for this cohort from 39 per cent to 19 per cent, reduce interaction with the criminal justice system, reduce hospitalisation rates and reduce alcohol and drug dependence. For drug dependence, they believe it would go down from around 15 per cent to 2.5 per cent.

Importantly, this program, if properly implemented, would reduce teen pregnancy and stem the cyclical nature of intergenerational poverty and involvement with child protection services.

To respond to a third of the care leavers nationally and realise the program’s outcome, the total cost of the program would be around $30 million per annum, with benefits to the community of more than $60 million.

I commend the new South Australian Minister for Child Protection, Rachel Sanderson MP, who has announced that children in foster care could be supported by the government until age 21. It does not, at this point, extend to children who are in alternative care, but only to those in foster care. But it is a good start.

In closing, I seek leave to table Raising our children: Guiding young Victorians in care into adulthood: Socioeconomic Cost Benefit Analysis, published by Anglicare Victoria and put together by Deloitte Access Economics. I believe this is a good spend, a logical spend, for our community and our nation. What we need though is a good evidence base.

I seek leave to table this document. Leave granted.