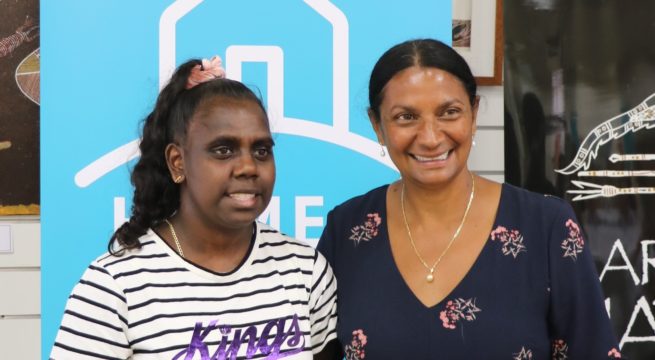 In the lead up to the election, the Home Stretch campaign has been calling on all Territory political parties to commit to legislative reform that will provide young people in out of home care the right to support to the age of 21.

Territory Families Minister Dale Wakefield said the Labor Government was supportive of a “national approach” to extending out-of-home care services for youth up to the age of 21.

“Recent legislative changes into the care and protection of young people came into effect in March this year,” she said.

“This is an important step forward in legislative reform and we will consider further legislative changes as part of future law reform processes.”

Opposition leader Lia Finocchiaro said a CLP Government would be committed to reviewing the extension of out of home care to 21.

Home Stretch co-chairwoman Cheryl Schmidt said within the first 12 months of leaving care aged 18, 39 per cent were homeless and 46 per cent of boys and 22 per cent of girls were in the criminal justice system.

“Parents don’t abandon their kids once they turn 18 and neither should the Territory,” she said.

“Around half of these young people leaving care aged 18 faced unemployment, homelessness, pregnancy or jail within the first year.

“Such situations could be avoided by young people having the option to remain in care or return to care until the age of 21.

“As we go into an NT election, we are calling on all parties to support this simple legislative reform — to extend the leaving care age to 21 — because this is a change that will bring important benefits to the whole community.

“A Deloitte report found that for every dollar invested in extending care to 21 years actually saves the Territory almost $2 in the health, justice and social system,” she said.

“Financial support is still needed until I transition from school into a career. We need to introduce change to enable this.

“By helping kids like me you are helping the future and our families so we can be a success and not a burden.”