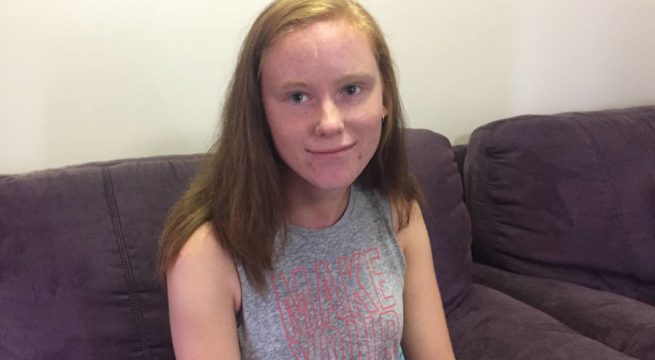 In a “monumental decision” by both major political parties, Tasmania will become the first state in Australia to extend the out-of-home care age to 21.

The commitment has been welcomed by foster carers and those who have grown up in the system.

At 17, Irish Rai felt pressured to leave out-of-home care. The Devonport teen struggled to get through years 11 and 12 while living independently. She is now 19 and living with her sister’s foster carer, who has “taken her under her wing”.

Ms Rai said if she had been able to stay in the system until the age of 21, she would have.

Human Services Minister Jacquie Petrusma announced the Liberals’ child safety policy on Wednesday in Launceston. The centrepiece of the $16.7 million package was an extension to the out-of-home care system, allowing young adults to remain in care until the age of 21.

Labor last month also promised an extension to the home stretch program from 18 to 21 as part of a broader housing affordability announcement.

Foster and Kinship Carers Association chief executive Kim Backhouse said it was “really progressive for Tasmania to have bipartisan support in the sector where children and young adults are most vulnerable”.

“It’s a monumental decision by both parties to implement this significant policy change,” she said.

“Many children in the system have a biological age much lower than their chronological age,” she said.

“To push these young people out at 18 and expect them to make it on their own is grossly under-estimating the trauma that most have experienced and the amount of ongoing support that is required. I have seen this firsthand and the impact it has on young people can be quite devastating.”

Ms Petrusma said the Liberals’ policy also included incentive payments of $2500, paid to both the foster carer and the young person upon successful completion of their TCE in year 12.

The overall package covered additional intensive family and parenting support services, including additional funds to go to the new Moonah Youth at Risk Response Centre and the Save the Children’s youth justice intervention programs.

It also pledged $600,000 over three years for young women’s service Karinya to continue its Mums’n’Bubs program, and $200,000 to develop a whole-of-government action plan against sexual assault.

“We want these kids to not just survive, to thrive, and we want to see these young people get their TCE, to have the option of going to university, to go to TAFE, to get an apprenticeship, to achieve their goals,” Ms Petrusma said.

“While we welcome the Human Services Minister’s promise today to allocate $3 million to extend care up to the age of 21, the Liberal government has had four years to act in this important space and has done nothing,” he said.

“By extending the home stretch program from 18 to 21, a majority Labor government will increase young Tasmanian’s opportunities into the future and not leave them vulnerable to homelessness.”

Despite her initial struggle when she left out-of-home care at 17, Ms Rai said she was “much better” now.

“I just finished year 12 so I’m planning on taking a gap year to just work and earn some money and put some money into savings.

“I did have a dream before I went to college to become a social worker so I could help other young people struggling with their own mental health and issues they might come across, but I’m going to leave that for now and earn a bit of money, maybe look at different courses and keep my eyes open.”