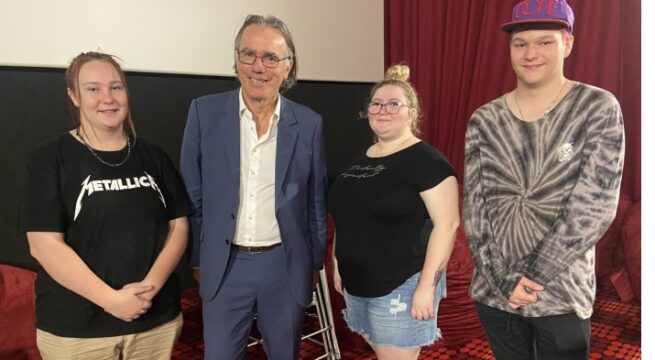 Queensland’s refusal to extend foster care for its most vulnerable young people is “bewildering” given most Australian states now offer care to the age of 21, national Home Stretch Chair Paul McDonald said today at the launch of a new series of videos in Brisbane featuring the lived experience of those in the foster care system.

Mr McDonald said the “humbling and confronting” videos being launched were a direct message from the young people to the Queensland Government.

“Each of the young people tell a story of the struggle, the sense of abandonment they felt from care being ended when they were not ready, and the difficulties they had in starting life on their own after a childhood in care. The Palaszczuk Government should take a moment to hear the voices of these young people they are responsible for ‘parenting’, and the lives they were forced to live as a result of the government’s decision to terminate their care at the age of 18,” he said.

Their story Part One

The series of two short videos were shown at the New Farm Cinemas on the final morning of the CREATE Foundation’s Voices in Action conference. Eleven young people are featured talking about the immense challenge of having their foster care terminated at the age of 18. All were enthusiastic about the difference extending care could make to thousands of vulnerable young lives.

The young people featured in the videos talk about their experiences of needing to think about housing from the age of 15, living under bridges and feeling like no-one in authority cares about them.

“Leaving care was quite challenging to say the least. I know so many young people who exited care on the street and I watched that happening and it was really confronting,” she said.

“Not a lot of 15-year-olds that I have met outside of care are thinking about where am I going to live in two, three years’ time.”

Mr McDonald said the Palaszczuk Government has a fantastic opportunity of doing what a good parent does and supporting these young people till they are 21 years. By doing so they will expand the ambition for children at risk, including its expectations of what they can achieve as adults with the right support through to the age of 21.

“As the responsible parent for young people in the child protection system, extending care is the simplest and most effective reform the Queensland Government can make to transform these young lives for the better. It can be the difference between surviving and thriving, and it’s time the government got on with the job rather than giving us more talk,” Mr McDonald said.