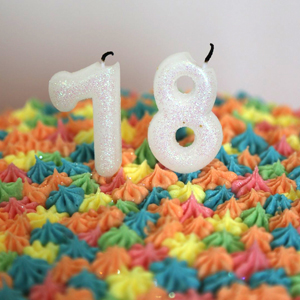 The outcomes for children kicked out of care at 18 are tragic. We can do better

It wasn’t the number of placements that made Kevin* angry about his time in care. He had stopped counting after 33. It was the note that told him his time was up and he had to leave his care arrangement. No reflection on his time in care, no good wishes for the future and definitely no payment to get established in the big world out there. After 14 years under the state’s care, just a written order to go.

Such is life for the many in care systems around Australia who are required to leave state care before they turn 18.

There are more than 44,000 children and young people living in out-of-home care in Australia. They receive legal protection, formal care and assistance from the state only until they turn 18. At least 3000 young Australians nationally each year are shown the door as they turn 18.

The recent Senate report into out-of-home care highlighted that those leaving care are struggling to cope independently. It suggested that Australia should consider extended care options to soften the landing when state care is terminated at 18 years.

This week a report by the Australian Housing and Research Institute revealed that half the 400 young people who leave state care in Victoria each year are homeless within 12 months.

There is now a large and indisputable amount of research in Australia and overseas showing that those who leave care at this age have poor life outcomes and struggle with many of life’s demands. Australian research shows that these young people have high rates of homelessness and lack the social, emotional and domestic skills needed to live independently. A further study found that within 12 months of leaving care 50% are unemployed, in jail, homeless or a new parent.

The research is a litany of under-prepared, under-matured and under-resourced kids being thrown out of the care system into the big wide world way before they are ready, based only on a date in the calendar.

It is true that some young people can’t wait to go after a life in care. They want to get out of the place, maybe try it again with family, take off to some imagined arrangement, or start life again anywhere else. However, many of these scenarios melt down after a few months, and for those who don’t want to go because they are not ready, it has catastrophic consequences.

In recent years governments have made attempts to “soften” the landing by offering leaving care programs. However, these are often short-lived material aid assistance programs where the provision of a white good, some bond for a bungalow and a few handshakes from a youth worker is really all that transpires.

In Britain the government has realised the brutality and abruptness of finishing care for children at 18. Earlier this year it legislated for young people to have the option to remain in their foster care placements until the age of 21. In Scotland, the government widened these arrangements to the trickier residential care services where there can be even more complex scenarios to solve.

The significance of this move was captured when the head of Britain’s largest out-of-home care agency lauded the UK development to extend care as “…the most significant child welfare reform in the United Kingdom in a generation”.

Evaluations to date have shown that homeless rates have halved and educational engagement rates have doubled.

Similar strategies have been implemented in the US, and have shown that despite the cost of extending care more clearly, there is a demonstrable dividend back to government if care authorities are willing to “finish the parenting job off”.

Turning 18 does not make you an adult. Yes, society says you can drink alcohol, vote, and fight its wars, but science will tell you otherwise. New guidelines for psychologists are now based on the understanding that adolescence effectively ends at the age of 25.

It is difficult to think of any reasons why our politicians should not be acting. Many have teenage children, and daily they would see the need for the parental home to continue to be the best place for the emerging teenager. It is unlikely that many of our state or federal parliamentarians around Australia would be considering kicking their own children out of home at 18 just because the calendar ticked over.

Rather than expect care leavers to grow up faster than they are ready, maybe it is us as corporate parents who need to do the growing up instead.

*Not their real names.