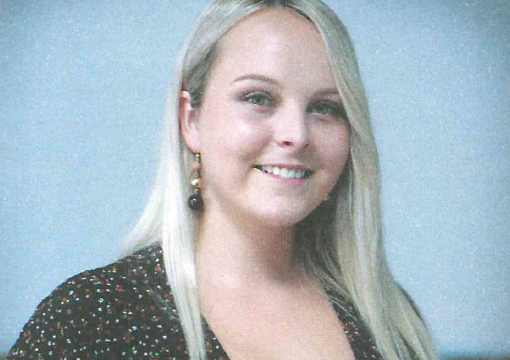 On the home stretch to a new beginning

It’s a classic movie road trip scene – the young couple in a car, side by side. She’s musing on life as the scenery blurs past the windows, and there’s music playing on the radio.

Except it’s not a movie, and there’s a back story to this moment that makes it deeply significant.  The young woman in the scene is Chantell-Marie Inglis, and realising that she’d made a satisfying life for herself, despite the hardship of her childhood, was a pivotal moment.

At 23, Chantell-Marie is a young woman who knows where she’s going. She’s found the things she loves — going to the beach, camping, exploring nature and experiencing all the natural wonders of life.

Above all however, she’s living her dream of becoming a youth worker with IFYS on the Sunshine Coast, inspiring kids in care to push through the hard times and self doubt.

“I can’t explain what it feels like to be experiencing this,” says Chantell-Marie.

“I think my heart is glowing.

“It’s the happiest I have ever felt, knowing that I am working towards my dream career.”

Prior to the last couple of years, Chantell-Marie didn’t have much to be happy about. As a child in the State care system, she had 15 foster care and residential placements between the ages of 12 and 15. The constant instability left her feeling abandoned, and as if she wasn’t ‘good enough’.

At 15, she moved into an independent living arrangement, with a youth worker who dropped in a couple of times a week.

“I wanted to prove to everyone I could do it all on my own, so I worked three casual jobs while I was at school,” says Chantell-Marie.

“But I was tired all the time from working, and ended up excluded from school because I missed so much time.”

Without some routine to anchor her days, Chantell-Marie found herself adrift.

The next few years were lost and lonely ones. She got in with the wrong crowd, lost her casual jobs. Moved from one location to another, vainly seeking a fresh start; lived through a relationship that didn’t work out, and survived addiction, illness and anorexia.

“It was overwhelming,” she says.

“The closer I got to 18 the more confronting it was. My only ‘safe place’ and support was the contact I had with the Department of Child Safety, and I knew that relationship would end on my 18th birthday.

“There was no way I could deal with everything the adult world was demanding I do — budgeting, court, bills, cars, taxes. I just had no idea, and no one to ask.”

With her life spiralling out of control, at 19 Chantell-Marie finally found a hand up through IFYS Youth Services.

“My whole world changed,” she says.

“I still had so much growing up to do at that age. IFYS didn’t just help me with fundamental things like finding a real home, but they helped me find the stability and confidence to take control of my life.

Chantell-Marie has taken to heart the message of the ‘Home Stretch’ campaign in Queensland, which advocates for all young people in care to have the option for extended care and support until the age of 21, rather than being forced to exit care as a teenager.

Currently, Queensland Government funding for young people in foster care finishes at 19, and for all other young people, in residential care or independent placements, at 18 years.

Most young Queenslanders these days have the option of moving in and out of home until their mid twenties, testing their wings, sometimes returning to a safe base and other times taking flight.

While there are some excellent programs and support services available, not all young people leaving care have the same capacity as Chantell-Marie to seek out and organise the help they need.

Even adults with a stable home and life experience can find juggling appointment planning, transport, and the requisites of multiple health or other providers challenging — much less managing these requirements as a homeless teenager.

There’s extensive evidence both in Australia and overseas that many care leavers simply don’t manage. They are heavily over-represented in homelessness, justice and unemployment statistics; have poorer educational outcomes; and are more likely to face physical and mental health issues due to past trauma.

Chantell-Marie is fully aware that she could have been included in these grim figures.

“The woman I’ve become is thanks to having support and stability at a time when I was learning to deal with the whole adult world.

“So many kids don’t have the security of a home or the ongoing support they need when they transition out of care.”

Implementing Home Stretch for all young people in care, as the Victorian Government has recently done, would give these young Queenslanders more than a list of contact numbers to call for help.

It would give them hope for a bright future and a chance to give back to the community, as Chantell-Marie is now proud to be able to do.