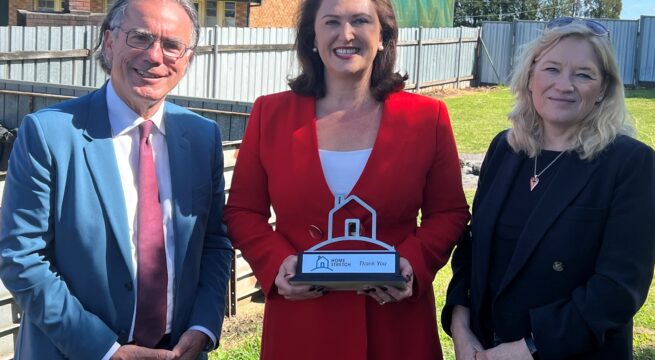 A landmark commitment by the Perrottet Government in New South Wales to extend state care (foster care) from the age of 18 to 21 means the most significant child welfare reform in a generation is now supported in every Australian state or territory.

National Home Stretch Chair Paul McDonald congratulated Premier Dominic Perrottet and Families and Communities Minister Natasha McLaren-Jones for embracing a change that will mean the world to vulnerable teens in the care of the state who are unable to live with their parents.

“It’s fantastic that the NSW Government has decided to get behind this important reform. Extending state care to 21 will be life-changing for young people who have been nervously wondering what will happen when their state care arrangements are terminated on their 18th birthdays,” Mr McDonald said.

“As the responsible parent for the largest number of children and young people in care nationally, extending care is the simplest and most effective reform the NSW Government can make to transform the lives of around 1200 young people in foster, kinship and residential care. It’s an exciting moment to be able to look ahead and think about how much difference this simple reform will make to so many young lives in the years to come.”

Mr McDonald said most 18-year-olds still live at home with their parents because they’re not ready to strike out on their own. The same is true of those living in foster care and other state care arrangements, he said.

The success of the Home Stretch campaign has only been possible because of the support of hundreds of organisations and individuals. Several key supporters in NSW threw their support behind the announcement today.

Jason Juretic, CEO Stepping Stone House and NSW Home Stretch Chair said it had been wonderful to see the Minister Natasha Maclaren-Jones listen to the young people and campaigners and take action to rectify this situation.

Lin Hatfield-Dodds, CEO of the Benevolent Society congratulated the NSW Government in taking this important step forward which will provide stability for our young people at a critical point in their transition to adulthood.

“The evidence from overseas and interstate is that extending care to 21 has long lasting positive effects for care leaver’s education, career and well-being. This reform is also important recognition of the sacrifices that our foster carers make in welcoming a young person into their home,” Ms Hatfield-Dodds said.

Steve Kinmond, Chief Executive Officer of the Association of Children’s Welfare Agencies, said his organisation was very pleased that the NSW Government has listened to the voices of young people in care who have asked for guaranteed support after they turn 18.

“This announcement by the Government lets these young people know that during their transition to adulthood, they will have the support they rightly deserve,” he said.

More information about extending care for young people can be found on the Home Stretch website. For further enquiries contact Mark Bretherton of Anglicare Victoria on 0439 806 072 or mark.bretherton@anglicarevic.org.au