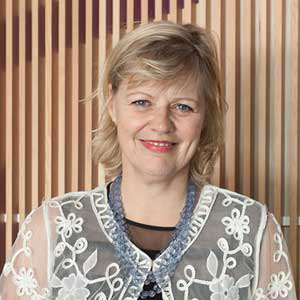 If Australia is serious about allowing kids in care to reach their full potential, then we need to extend their time in care until at least the age of 21 and provide better educational pathways, writes Deb Tsorbaris, CEO of the Centre for Excellence in Child and Family Welfare.

These days, most 18-year-old Australians still live at home with one or both parents and will do so into their mid-twenties.

Whether they’re studying, working, doing an apprenticeship or weighing up their future, they’re able to make the move into adulthood with a roof over their head and without having to worry about paying rent or where their next meal will come from.

That’s unlikely to be the case for some 8,000 Victorian children and young people who are currently in foster, kinship or residential care, unable to live with their parents.

For this group of young people, turning 18 marks an abrupt start to adulthood. That’s when the state no longer has any legal responsibility to care for them.

While state governments across the country provide some level of support for young people transitioning out of care to independent living, it is minimal and patchy compared to the support most parents provide their children.

They might be able to access some financial and housing assistance as well as some case work, counselling or mentoring support, but once they turn 18, they are largely on their own.

As well as the usual challenges facing young people heading out into world, many young care leavers are up against a range of other barriers – including a childhood marked by unstable care and connection, physical and mental health problems, a lack of financial and social support networks and poor educational standards.

The stress and anxiety of coping on their own, with limited or no support, is likely to trigger past trauma or abuse, making them prime candidates for mental illness and substance abuse.

It’s not surprising that many stumble on the rocky path to adulthood.

Within the first year of leaving care, one in three will end up jobless and/or homeless. Around half of young men leaving care will come in contact with the criminal justice system.  Many of the young women will fall pregnant.

Less than 6 per cent of care leavers go on to university. So of the around 400 young people that leave care in Victoria each year, less than 24 will enrol in a university course.

This isn’t because care leavers aren’t capable of achieving a higher education – it’s because we don’t support them to do so.

Young people in care aren’t there by choice – they are there because their parents were unable to provide them with the nurturing and support that is the right of every child.

Their future shouldn’t be defined and decided by this difficult start to life.

Instead, we should be doing all we can to provide them with the financial, emotional and educational support they need in order to reach their full potential.

The Centre for Excellence is currently running a project in partnership with Federation University Australia and La Trobe University, as well as Anglicare and MacKillop Family Services, aimed at getting more young people leaving care into – and succeeding at – higher education and university.

The project, Raising Expectations, is generously funded by the Sidney Myer Fund and aims to send a message to young people in care that they can and should aspire to something greater for themselves.

As part of the Raising Expectations project, Federation and La Trobe universities are establishing a range of supports for care leavers with targeted information resources, scholarships and bursaries. We will be looking to work with other universities to do the same.

But if we are to raise the educational aspirations of young people leaving care, we first need to make sure they are able to succeed at school.

Young people in care can move between many different homes and care arrangements throughout their childhood. A different place usually means a different school.

This constant disruption in their lives and their education is incredibly destabilising; it makes it very difficult for them to engage, to keep up with peers, to make friends. Often, there is a lack of understanding about the supports they need to succeed at school.

Not surprisingly, kids in care start falling well below national benchmarks for reading and numeracy from an early age.

Many will simply tune out in class or drop out altogether. Others will play up and be excluded, suspended or expelled.

The end result is thousands of children slipping through the cracks of the education system each year.

Recently, the Victorian Government launched the first of four new LOOKOUT Education Support Centres aimed at helping children in care stay at and succeed in school.

It’s a great start and will undoubtedly make a difference for many young people in care – including allowing them to consider higher education or university as a viable option for their future.

But if we are serious about allowing these kids to reach their full potential, then we also need to extend their time in care, at least to the age of 21.

The statistics clearly show that young people are in no position to leave care and live independently at the age of 18 – they’re simply not ready.  By pushing them out of the care system at such a young age, we’re setting them up to fail.

It’s time we recognise the worth of young people in our care system and ensure they have the support and encouragement they need to pursue a happy and fulfilling life.

It’s time we raised our expectations of what they can achieve and help them to achieve it.

Find out more about the Raising Expectations project here.

About the author: Deb Tsorbaris is the CEO of the Centre for Excellence in Child and Family Welfare, the peak body for child and family services in Victoria. She is a former CEO of theCouncil to Homeless Persons.