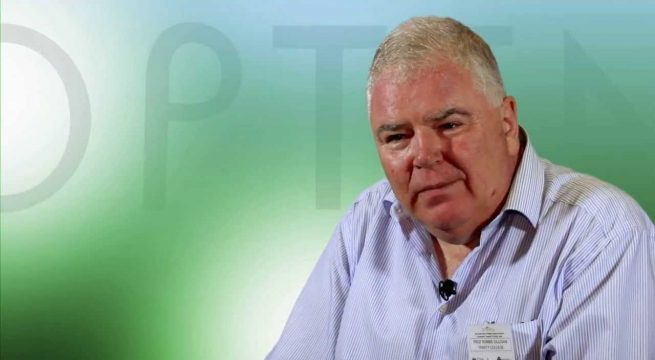 How many ministers would throw their children out at 18? Irish perspective

Enforced independence at 18 can be premature and disastrous for vulnerable young people in care, writes Robbie Gilligan.

EVERY NIGHT, OVER 6,000 children and young people go to sleep in a bed away from their family home. They are not on a short visit to relatives or friends. These are children in the care of the Irish state.

We have high quality children’s services

The public image of the Irish care system has been blighted by relentless accounts of abuse in previous decades. But in fact one of the success stories in our children’s services is how the quality of care has been turned around. There are still challenges, not everything is perfect, but there have been big improvements.

Ireland is now a world leader in the use of family placement. Quietly and unsung, social workers have steadily built up an army of foster carers. In recent years these have been joined by many relatives who are formally recognised as relative carers.

Together these foster carers and relative carers provide family living for 95% of children in the Irish children in care system, one of the highest such rates in the world.

These families care for these young people until they can go home, or until they are 18. But what happens at 18? That is a big question across every country. How well are young people supported when they reach the official care leaving age? Here in Ireland we are falling way behind best international practice and the gap looks like it will get wider.

International research has shown that sending 18-year-olds from care out into the world on their own is a recipe for failure. It puts young lives at risk in so many ways, and also jeopardises the investment of effort in getting the young person to that stage.

Various approaches to offering support have been tried internationally. It is widely agreed that the most promising is offering young people the option to stay on in care until 21 or later. This actually mirrors more closely what happens in real life. Most Irish families don’t turf their young people out on the street at 18.

Many governments have signed up to this new approach. Twenty two states in the US – including California – have signed up. Scotland was the first in Europe. Nicola Sturgeon, the First Minister in Scotland, has consistently shown a strong commitment to the needs and interests of young people in care.

In England, a Tory Minister for Children, Edward Timpson, who grew up in a family that fostered has extended care to 21 for those in foster care. He caused howls of protest from those concerned about young people in residential care centres who, at least for now, are left out of the loop.

Wales has also gone down the same road. New Zealand is engaged in reform of its support to young people in care. From 2018 they will have the option of remaining in care until 21, instead of having to leave at the current age of 17.

The government has passed (but not yet implemented) a new law [part of the Child Care (Amendment Act 2015] which says that every child in care close to age 18 must have an aftercare plan. While of some value, this reform is very timid, and falls way short of what is happening in similar jurisdictions.

The new legislation gives no guarantees on the actual support any young person previously in care will receive. But what kind of parent makes no definite commitment to their children beyond 18 years? What kind of parent would cast a child of theirs adrift at 18 into a future of uncertainty? How many of the ministers in the current government would contemplate casting their own children adrift at 18? And it hardly needs to be said that the offspring of government ministers have a lot more going for them than have most young people in care.

Children in care are children of the Irish state in a very special way. They deserve better.