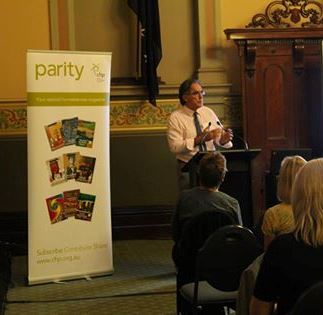 Options that extend the formal out- of-home-care of a young person past 18 are now prevalent in most child welfare systems around the world with signiﬁcant recent developments in the United Kingdom (UK) and the United States (US).

Repeated poor outcomes in the UK for those leaving care, included:

This prompted the UK Government to introduce the Staying Put Trials, to evaluate whether extending care for those in foster care past 18 years would have a positive effect on education engagement, homeless rates and successful transition to adulthood. After three years, the results impressed, with a halving of homelessness and a doubling of education engagement for those who had their period of care extended. (2)

Encouraged by the above outcomes and faced with the mounting social and economic costs associated with young people leaving state care, the UK Government transitioned the trial into the Staying Put program and passed legislation to allow young people to remain in their foster care placements until they turned 21. (3)

Amanda Cumberland, Policy and Parliamentary Adviser at TACT (The Adolescent and Children’s Trust), the UK’s largest fostering and adoption charity and voluntary agency, lauded the UK development as ‘…the most signiﬁcant child welfare reform in the UK in a generation’. (4)

Nowadays, the Children and Families Act 2014 legislates for local authorities in the UK to support a Staying Put arrangement. This is a voluntary opt-in model whereby a young person, when they reach 18, makes an agreement with their foster carer to remain living in care up to the age of 21. To be eligible for entering into a Staying Put arrangement a young person must be looked after by a local authority (in partnership with a foster carer); be aged 16 or 17 years and have been in foster care for a total of at least 13 weeks since the age of 14.

While some care leavers want to become independent as soon as they are legally allowed, the UK experience showed that a signiﬁcant number wish to continue in their care placements. The UK trials showed that on average 23 per cent of care leavers chose to extend their stay. (5) The system is based on both the carer and the young person agreeing to extend the care arrangement. A proposal is drafted that outlines a plan to extend care which needs to include participation in education, training or employment. This is then submitted to a panel for assessment and approval. On approval, resources are then made available for the care agency to continue to support the placement, provide carer reimbursement fees and oversee the plan.

Authorities in the US have been introducing extended care programs since 2008 as a result of the alarm of the US Federal Government at the number of children in out-of-home- care exiting at 18 years and transitioning to a lifetime of expensive welfare.

Over the late ’nineties, out-of-home- care numbers in the US rose dramatically as a result of the crack epidemic and the related spread of AIDS. With more young people in out-of-home-care than ever before, poor post-care outcomes also climbed for those who were being exited at 18 years old. At the time of ‘aging out of care at 18 years’, one in ﬁve care leavers were homeless, only 58 per cent would graduate from high school, (compared nationally to 87 per cent), 71 per cent of young women would be pregnant before 21, one in four would be in the criminal justice system within two years of exiting care, and by the time care leavers turned 26 and only half would be employed. (6)

US authorities estimated that each annual cohort of young people leaving care was costing the US $8 billion a year.7  Forcing young people to leave care at 18 was not the cost- saving they had expected. Faced with these alarming social and economic costs, in 2008 the US Federal Government introduced the Federal Fostering Connections to Success Act. The Act offered the states reimbursable foster care and adoption or guardian assistance payments to children up to the age of 19, 20 or 21 if the young person is:

While each State has adopted various models of extended care from the Fostering Connections Act, it is the Californian extended care model that has captured the interest many policy makers. Designed to be as inclusive as possible, the Californian model is an opt-out model (that is, those in care on their 18th birthday are still in out-of- home-care, and are considered automatically to be in extended care). Also coupled with this is a policy of multiple re-entry, that places no limitations on the number of times a young person can opt-out and then opt-back in to the program. The Children’s Court is the portal through which a young person seeks entry into the extended care model. Young people re-entering are assigned a worker, appointed a lawyer and their case is overseen by the court. Re-entry is voluntary, and eligible young people have a right to request re-entry as long as they intend to meet the participation requirements and it is in their best interests.

The Californian model also recognises that while a young person may want to remain in extended care, they may not wish to remain in their foster arrangement. Furthermore, the model has options for those coming out of residential or group-care arrangements. The ‘Supervised Independent Living Arrangement’ (SILP), has been developed to address young people coming out of these types of care arrangements and requires the housing to be approved by the program, provides a ﬁnancial allowance to cover rental and living costs, and for the allocation of a case worker. It is less an extended care model and more a ‘young adult transition’ program.

Outcomes in the US are similar to the positive outcomes of the UK extended care trials. Courtney and Dworsky, (8)  from the Chapin Hall Institute in Chicago have been evaluating extended care in the US for a number of years. Their studies comparing young people in out-of- home-care in Illinois, where care is extended through to 21 years, against those in Wisconsin whose care ﬁnished at 18, found that the return in earnings by the young person in the extended care arrangement for a further two years exceeded the cost of an additional two years in care. Another study (9) found that for every $1 spent on foster care, $2 was gained by the state in increased earnings due to higher rates of tertiary education completion.

Furthermore, an earlier study (10) reported that young people in extended care from Illinois were twice as likely to have completed at least one year of college, compared with their counterparts in other states where young people ‘aged out’ of care before or at 18.

In Ontario, Canada, extended care has been the practice since 1980 and the recently improved ’Continued Care and Support for Youth’ program provides for a simple administrative process that allows young people in out-of- home-care (and young people formerly in out-of-home-care) to continue receiving support until age 21, with prescription drugs, dental and extended health care coverage extending until 24 years old.

With Canada, the US and now the UK well down the track in responding to the poor outcomes of those leaving care at 18 or

younger by lifting the ‘leave by’ option to 21 years, Australia is now in an excellent position to learn from such progress, and implementing its own extended care arrangements to ensure young people leaving care transition successfully into young adulthood.

The outcomes internationally for young people that have taken the option to extend their care arrangements past 18 is compelling. With the evidence in, it should give governments around Australia conﬁdence that a similar reform within our child welfare and protection systems would reap important economic and social outcomes for both governments and young people alike.