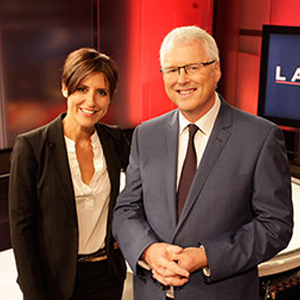 Lateline interview with Paul McDonald on extending care to 21

He believes the British model where young people in foster care are supported until they are 21 should be adopted here. He joins me now from our Melbourne studio.

EMMA ALBERICI: Up until the age of 18 what is the State’s relationship with a young person in out of home care?

PAUL MCDONALD: Up to 18, it has a legal formal relationship, it is in fact actually the State Guardian or the parent of that child up until 18. So they’re responsible for acting in the child’s best interests, ensuring that their health and wellbeing is looked after and ensuring that they are in places that are safe and protective.

EMMA ALBERICI: So is there currently some kind of assessment of self sufficiency done by the State before they’re asked to leave that arrangement?

PAUL MCDONALD: No, this is the remarkable thing. There is no assessment, no consideration of whether the child is in school or not in school once they turn 18, have they got a place of abode? Or in fact are they ready – developmentally ready?

EMMA ALBERICI: What do you mean the system starts speaking to them at 16?

PAUL MCDONALD: Well, there are policies around Australia within State Departments that said we should start be warming up these young people that they will be leaving care at 18 when they start turning 16.

And so what you will find and not unusually as well, some custodian decisions that, that is the child may have found some sort of temporary place of abode when they’re 17 and the custody orders are coming up when they’ve just turned 17. The system might say, “Well look, that looks like it’s sticking together. Let’s actually cease that custody order and allow them through.”

So it’s not only those turning 17 years and 11 months that are leaving care inappropriately. It’s those between 16 and 17.

EMMA ALBERICI: Theoretically through, if a foster care arrangement is working well, the young person could stay with that family for as long as they like past their 18th birthday, couldn’t they?

PAUL MCDONALD: Look and… fortunately many foster carers do do that, but there’s two things I will say about that.

Firstly reimbursements – not only the reimbursements for the foster carer but the professional support that keeps that foster placement going and you know going well, gets removed.

The second thing is I just wonder whether she should be relying on a volunteer to do the finishing off as what a state parent should be doing.

We’re relying on the goodwill of the volunteer to keep the child after 18 rather than having a statutory obligation to keep that child in care through to 21.

EMMA ALBERICI: What are the sorts of supports you mentioned?

PAUL MCDONALD: Well, not only is the general case work support, so what goes into a foster care placement is a social worker who will be visiting that family, mediating issues, helping to debrief and support the foster carer, as well as helping to case manage the child.

Then there’ll be mental health workers and possibly even teacher aides going in and out of that home. All of that ceases once they turn 18 and that basically the support lines into that foster care arrangement stops, and I’ve had many letters from foster carers saying, “I’m dreading when they turn 18. I’m dreading that these… yes, they may be 18 but these are little boys and little girls.”

And what we do find with children in out of home care, we know that their developmental milestones are well behind the normal 18-year-old, so on average, around three to four years they will be tracking behind that of a normal 18-year-old.

So you know, foster carers are worried and in fact the state should be viewing this as maybe, well, our role as a parent like any other normal parent is to continue to see these children through into successful adulthoods and thus this arrangement should continue and remain through to 21.

EMMA ALBERICI: Is there also financial compensation for the foster carers?

PAUL MCDONALD: That’s right, up to 18, there’s reimbursement up to around $10, $11,000 a year, $8 to $11,000a year, generally speaking depending on the child which is supposed to cover the costs for the child as well as the time from the volunteer foster carer.

That all ceases as well, so really it is quite barren when it comes to sort of any support arrangements, and that’s why we see a number of young people moving in, coming out of state care and ending up in prisons, becoming an early parent.

There is a study that said a third of those who left care had five places after bode in the first 12 months.

The UK was so moved by 40 percent of their under 21-year-olds who were in prison were straight out of state care, they changed their thinking about this and said there has got to be both an economically cheaper way and a socially more responsible way for this group.

PAUL MCDONALD: Well the general view is they are reluctant to extending care up to 21. And I’ll tell you why.

They’re concerned that at the demand end, and the out of home care is growing at five per cent per annum, so there have got serious problems, but the solution isn’t cutting off those children once they turn 18 and getting them out so placements can grow. There’s different solutions to the demand than sending people of… teenagers off when they turn 18.

What we need to say is the care system continuing on through to 21 and the state says, “Well, I’m worried about losing those placements for the kids coming in.” Well, there are different solutions to that compared to the ones for the children leaving at 18.

EMMA ALBERICI: But a Federal Senate inquiry is currently underway into out of home care. It reports in May. What role does the Commonwealth play in this given it is largely a state responsibility?

We’ve seen state based systems uniformly having the same policy around Australia, and I think leaving care through to 21, allowing that placement to remain, though run by the states can actually be uniform around Australia, led by some strong leadership from the Federal Government.

EMMA ALBERICI: Paul McDonald, I’m sure we will speak to you again. Thank you very much for your time this evening.