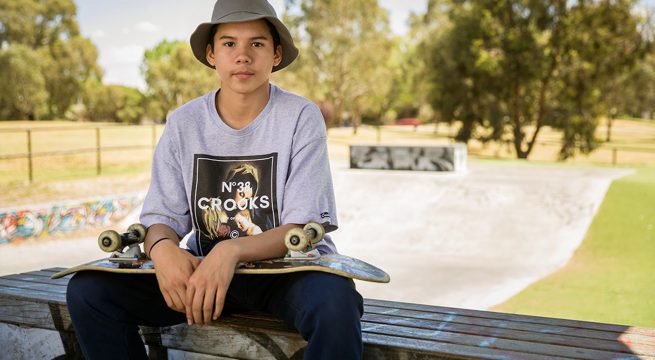 An outbreak of common sense has erupted since the launch of our Home Stretch campaign last week.

I cannot remember an advocacy campaign that has had such instant and overwhelming support.

Up and running – that’s the only way to describe the drive to ensure all governments around Australia change their laws to stop young people who have suffered abuse and neglect from being evicted from State care when they turn 18.

More than 600 supporters signed up to help the Home Stretch campaign within 24 hours of the launch. And the number is still rising. The #HomeStretch hashtag trended on twitter for five hours, an eternity in today’s impatient social media world.

The new supporters join the alliance of more than 70 community organisations and agencies using their social media channels to raise awareness and recruit supporters. It is rare to see such enthusiastic support for another organisation’s initiative.

Now it is over to the politicians.

The Home Stretch campaign has several critical success factors that explain why it has taken off so strongly.

First, there is the embarrassment factor. It is absolutely shameful that Australia is so far behind equivalent countries that have long ago provided support for disadvantaged young people until they are older and much better prepared for adult life.

Second, there is an undeniable common sense logic that says we can’t expose these young people to the perils of the outside world at too young an age after their upbringing has been affected by abuse, neglect, homelessness or other setbacks. Parents in the general community understand this because most young people stay at home for many years after their 18th birthday.

Third comes the research which is irrefutable.  Young people who leave care at 18 – residential, kinship or foster – have much higher rates of homelessness, arrest, hospitalisation and mental health issues. That’s because the State has abandoned them too soon.

Fourth, last week the campaign launch provided the economic argument. The Deloitte Access study revealed that governments would actually save money by investing in extending care from 18 to 21 years.  The study showed that for every dollar spent on extending support to age 21, the community would save between $1.40 and $2.69, depending on which State, in lowering the costs of social security benefits, hospitalisation and the justice system.

Then, fifth, came the clincher.  Dylan Langley, 22, was the star of the show. Dylan told his story about being in care from age 12 and how the system let him down by cutting him loose too soon.  Dylan was one of the lucky ones who came back from the abyss and his heartfelt tale would have cracked the stoniest soul. Nothing is more powerful than a personal story.

So who’s left?  Who are the ones who have not yet responded to this simple and irresistible cavalcade of support? You guessed it – the politicians.

There is a dangerous political factor in the Home Stretch solution. The spending on extending State care would need to come from State governments; the savings would accrue mostly to federal programs.

This is a recipe for the predictable political pass-the-parcel approach to social issues.

Surely our federal system can do better than that. We will find out soon when we approach the relevant Ministers. Failing to act, in our view, would be tantamount to State-sponsored child neglect.