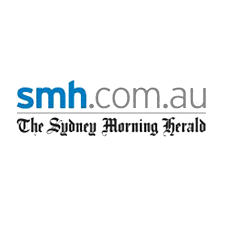 Protecting the children of Victoria is the job of the government and the community, but it is a job only half done.

Last week, two reports to the state and federal parliaments identified serious issues of abuse of children supposedly under state protection. The reports on out-of-home care by the Victorian Child Safety Commissioner and the Senate Community Affairs Reference Committee should blast away any complacency about the failures of the system.

But there is more. This week Anglicare will release the results of the largest study of its type, which shows the problems and injustices are broader than even those chilling reports to Parliament. The report shows that children in care have significantly worse outcomes in health, education and socialisation than their peers in the broader community.

It raises serious doubts about the effectiveness and philosophy behind a key part of our child protection services.

The annual Children in Care Report Card is based on assessments of 353 children and young people who are in various forms of out-of-home care, and compares these assessments to children living with their own families.

Among the findings are:

The findings show that even in care, our most vulnerable children are facing entrenched disadvantage, leading to continued involvement of child protection services. Unless the gaps are closed these children’s children are likely to follow them into care.

Equally grim is that the demand on the child welfare system has risen by more than 25 per cent in the past five years and is showing no signs of abating. There are about 8000 children in varying forms of out-of-home care in Victoria.

How many reports do we need before the plight of these children is recognised? Apart from the three reports, the state Auditor-General has issued two blunt reports of the condition of the residential care and the family service system.

The state government’s pre-emptive response two weeks ago, when it announced a “reform project” to redesign the future and direction of our child protection and family services, is well overdue. We need a fundamental rethink of our child welfare responses.

At one time Victoria was the nation’s lead child-welfare reformer, defying spiralling national trends in child protection notifications and building an early intervention service response for vulnerable families. However, over recent years Victoria has been losing both its mojo and its way in bringing new and effective ways to respond to vulnerable children and their families in the care system.

Other countries and regions that face similar spiralling demand have turned the tide. Los Angeles reduced demand for out-of-home care by half in five years in a targeted strategy supporting vulnerable families, and New York has reduced the number of children in care from 33,000 to 11,000 in three years, by focussing on supporting children in their own families.

Victoria needs to be encouraged by these system turnarounds and review its service model, because dishing up more of the same will lead to more damning reports.

A sensible start is to shift our focus to early intervention with families. Currently we get to these families too late. Overseas authorities scratch their heads over our child protection system’s tendency to only get serious when all hell is breaking loose. Too much of our time and resources are sucked into the pointy end of the child welfare system, with children churning in and out of care, while investment in early intervention pales in comparison. What are we doing with these children when half of those coming into care return to their families within six months? Throwing support at these families while they are in their homes makes sense for the child, the parent and the state.

Fortunately we already have good models we can turn to in Victoria that are showing proven results in preventing family disintegration and the removal of children into care. The next step is to mainstream these models.

For those children who need to come into care, it is clear we need to lift our game. The current outcomes for children in care can no longer be tolerated. The poor outcomes reported in the latest Children in Care Report Card demonstrates that as corporate parents we lack ambition for vulnerable children. These outcomes can change if we commit to a strategy that supports these children to stay at school, makes these children employable, and ensures they are meeting their developmental milestones through nursing services to monitor physical and mental health issues.

Any review must also ensure that the good gains made by a child in care continue into young adulthood by extending the age of leaving care from 18 to 21 years old. The international research for this measure is indisputable. Too often, we are “evicting” young people from the system when they are ill-prepared to cope with adult life.

An editorial in The Lancet recently said: “If politicians truly want to be able to say to their children ‘This generation did the right thing’, challenging health and social inequities in childhood is the place to start.”

Paul McDonald is chief executive officer of Anglicare, one of Victoria’s largest providers of out-of-home care and is responsible for the Annual Children in Care Report Card.