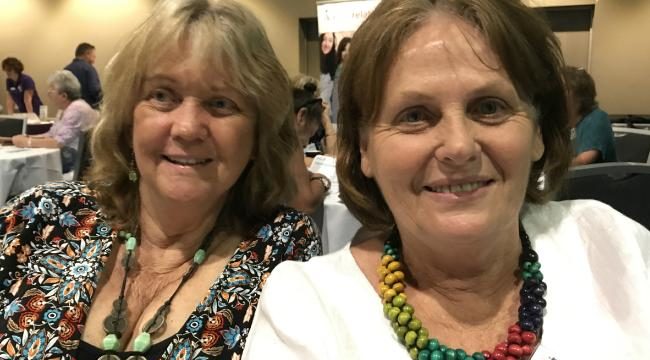 Grandparents call for extended support for kids in kinship care

Central Coast grandparents have joined a national campaign urging governments to extend support for young people in foster and kinship care from 18 to 21.

Delegates at a “Grand Matters” forum at Tumbi Umbi voted on a motion calling on governments around Australia to give all young people in state care the option to remain in care until they are 21.

More than 100 grandparents, who are raising their grandchildren under kinship care arrangements, attended the forum, organised by Central Coast Family Support Services.

Central Coast Family Support Services Manager Amber Gunn said grandparents had already made a huge sacrifice to care for their grandchildren as kinship carers, only to be “left high and dry” when state support for kids ended when they turned 18.

Patricia Yarrington, 70, of Killarney Vale, has been caring for her 11-year-old granddaughter since she was born.

Mrs Yarrington said that without ongoing support it was unlikely she and her husband John would be able to support her to go to university.

“Their needs become for costly as they get older and at the same time our income has declined. When she is 18 we will be almost 80,” Mrs Yarrington said.

Mrs Yarrington said that while their were many “good times” with her granddaughter, the financial burden was considerable.

She and husband Keith already have five children and 13 grandchildren.

“We have virtually had to give up our retirement to take on her care and while we are managing financially, whether we could carry the cost of her going to uni when we are in our 80s we just don’t know,” she said.

■ Each year the New South Wales government withdraws support from 1200 young people who have been in foster, kinship or residential care on their 18th birthday.

■ Research shows that within a year of leaving care, half will be homeless, in prison, unemployed or become parents themselves.

■ Extending state care until 21 for those who need it, would keep a roof over young people’s heads and support them to stay engaged in education and work.

■ This could also reduce the cost of homelessness, crime, alcohol and drug dependence and hospitalisations.

■ Experts predict the NSW government would save an estimated $2.57 for every dollar spent on extending state care.