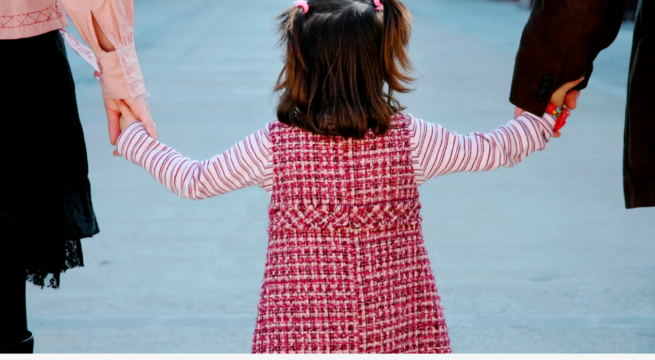 Foster children are abandoned not once, but twice

Kids don’t ask to be born. Some who have been taken from neglectful or abusive parents and thrown into the foster care system likely wish on occasion they never had been. Because these unlucky children – and that is the only difference between them and us, luck – are cruelly abandoned at least twice in life.

The first time is by their parents, be it through force or tragedy. And it is likely that within the system they will be moved around like unwanted flotsam from home to home, encountering challenges and dangers no kid should have to.

But it appears the most tragic abandonment of foster children encounter comes at the tender age of 18. And this time, it’s implemented by our governments.

At this perilous age, when other kids are considering tertiary education or travel, all funding to foster children is cut off and these teens find themselves broke and homeless. This is some 3000 kids each year out of the 47,000 in state and territory foster care once again given the message they are unworthy and unwanted, that they don’t warrant what other kids have – nurturing and able parents who will help them transition in to the next vital phase of their lives.

Nope, when other kids are being thrown 18th birthday parties, our foster children, the majority under a child protection intervention order, are left to fend for themselves carrying the emotional baggage that comes with this new round of rejection. And what happens next is truly tragic and heartbreakingly predictable.

Within the first year of foster kids being forced out of the system, a whopping 39 per cent are homeless. While this figure alone is something we should all be ashamed of, it gets worse. Again within that first vital 12-month period, 46 per cent of boys and 22 per cent of girls will find themselves in the criminal justice system. More than half of all the abandoned teens will suffer mental health issues and 22 per cent of the girls will be pregnant.

Why this is not seen as a national emergency is something Paul McDonald, chief executive officer of Anglicare Australia, and I agree, is as remarkable as it is disturbing.

“State and territory governments have a statutory responsibility to protect them from harm and give them the best possible start in adult life, but right now we let them down just when they reach the home stretch,” says McDonald, who is also the chair of Home Stretch, an organisation calling for foster care to be extended to the age of 21 as it is in the US, Canada and New Zealand.

“Australia needs to catch up. Most young people are now continuing to live with their parents well into their mid-twenties, but foster kids don’t get that support. Governments are failing them before their ‘parental’ job is done. It is not only cruel, it costs the nation financially.”

Just what a financial burden not helping these kids is will be part of the discussions taking place at the Home Stretch Symposium in Sydney next week (August 27 and 28), when state and territory representatives and child experts will come together to urge Australia to join other countries in increasing the financial cut-off age to 21.

What is known already is that for every single dollar invested in extending the cut-off, society benefits by saving more than $2. This is through reducing crime, mental health care costs, drug and alcohol dependency costs, hospitalisations and teen pregnancies.

What’s more, Australians want these kids looked after, with near-on 88 per cent of us believing all young people need a place they can call home until at least 21, and another 82 per cent believing we should be doing more for kids abandoned by the system at 18.

It is beyond my comprehension that any society in 2019 could sanction the abandonment of children at this age or view them as someone else’s problem. These kids were dealt a hand at birth they did not ask for. And as a result they have suffered – and how!

And if these statistics are not frightening enough, contemplate for a moment as you hug you own kids and take for granted they will always have your love and support: the most recent national figures from the Australian Institute of Health and Welfare (AIHW) show during 2015-16, there were 225,487 Australian children suspected of being harmed or at risk of harm from abuse and/or neglect (or 42 per 1,000), an increase of a massive 11.2 per cent on the previous year.

Lest we not forget these are not just numbers but each represents young, vulnerable lives.

There is no such thing as a kid born bad. But, damn, if we continue to overlook and underfund those whose only crime is being dealt a dud parental hand, then we as adults need to look into our own hearts and ask if this is good enough. Because without helping to give these kids a decent chance to become healthy, well-adjusted and contributing adults, they will probably continue the insidious cycle and become ill-prepared and/or negligent parents themselves. And once again, no child deserves that.

Wendy Squires is a Melbourne writer.