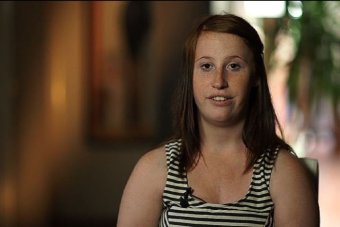 Children in foster care are among the most vulnerable and sometimes traumatised young people in the community, but there is no statutory obligation for them to remain in care once they turn 18.

About 9,000 young people are discharged from care each year across Australia.

A recent report from Swinburne University claimed 50 per cent of those who left state care at 18 years old would be homeless, in prison, unemployed or a new parent within 12 months of leaving care.

Welfare organisation Anglicare is calling for a drastic change in the way young people in foster and state care are looked after.

Anglicare Victoria chief Paul McDonald said regardless of the developmental level of a foster child, as soon as they turned 18 they were removed from the system.

“Foster carers are worried,” he said.

“The state should be viewing this … role as a parent like any other normal parent, [that] is to continue to see these children through into successful adulthood and thus this arrangement should continue right through until they are 21.”

The move would replicate the United Kingdom model where care remains in place until the age of 21.

An assessment of the UK program found people who remained in care were more likely to stay in education and out of the legal system, costing the state less in the long term.

In Australia, while foster children often stay with their foster families beyond 18, government funding stops when they become adults.

Jamii is a former ward of the state who is now living out of care.

She shares a flat in inner Melbourne and has some financial and counselling support from Anglicare.

“I went into foster care when I was five. My mum actually went into the DHS (Department of Human Services) office herself and let them know that she had actually close-fisted punched me and she was worried she would do it again,” Jamii said.

When she was 17 years old, Jamii went back to her mother’s house after spending most of her life in foster care.

“As a foster kid you’ve always got that hope that your mum will love you when you go home, that everything is going to be fine, your mum could have changed and she could be a great parent,” she said.

“For my whole life I put my mum on a pedestal and basically worshipped her because I didn’t see the way she was.”

Jamii said this led to her being homeless and, by her own admission, developing a serious drug problem.

“I ended up getting a drug addiction, wasting all my money and struggling to find food. It was very rough.

“But then, there was last year and this year I’m just trying to work on improving things.”

Jamii considers herself one of the lucky ones.

She knew she needed help and approached Anglicare about its support program, Breaking the Barriers.

Breaking the Barriers provides care to former wards of the state aged from 18 to 21.

Case workers help young people find their way by providing support for housing and employment as well as counselling.

Jamii said it was support that saved her.

“After I turned 18, I went into care with Breaking the Barriers and if it wasn’t for them I would be living on the streets,” she said.

“About three or four weeks ago I was offered the same drug that I was addicted to [and] it was very difficult to say no, but I managed to. I was like ‘no, thank you’.

“It is a very difficult thing to say no to when you have spent most of your life trying to dull the pain of being in DHS and stuff like that. It is very hard to say no.

“But when I did, I was just like ‘yes’ … dancing around the room saying ‘I just said no’. I felt amazing after that.”

Unlike Jamii, 18-year-old Steph still lives with her foster family.

Steph, her older brother, Justin, and her sister have been in care since she was seven years old.

For the last eight years Steph and Justin have lived with Lyn and her family, which includes four adult children.

Steph wants to stay with Lyn, who is teaching her how to cook and manage her finances.

“It’s too young. I think 21 would be a lot better than going out at 18 because a lot of people turn to drugs and alcohol,” Steph said.

Lyn wants care to be extended for 18 year olds, saying it is far too young for kids who may have personal troubles to go out into the world on their own.

“For her to go out on her own would be a nightmare,” she said.

“I think that’s disgusting because at 18 they’re finishing school and, going back 25 years ago, at 18 they may be getting married or whatever but these days they’re just so immature at 18,” she said.

“I reckon about 25 is when they start to mature as adults.

“They’ve got no idea what they want to do. Money, they don’t know about that. Debt, they just shrug it all off.”

Lyn said the way the system currently operated was cruel because it kicked out foster children before they were ready to leave the system.

“Her brother, he went out and within four months he come back and he cried and asked if he could please come home,” she said.

“He just said ‘I want to be part of the family’ and I brought him back to my home.

“I wanted them to be involved in the family and I think that really, really helped them.

“I have had children that were very, very hard to break and that’s only because they moved from home to home to home and they have just got no trust in people at all.”

Anglicare said the Staying Put program in the UK enabled young people to remain in education and find stable employment and housing, saving billions in the long term if former wards of the state stayed off welfare and out of the legal system.

While the Victorian State Government recently announced it would spend $43 million to move young people from residential care to foster care, Lyn said extending care funding to 21 year olds could improve the lives of foster children.

“It’s only getting worse. Unless the government starts really trying to support the kids and the foster parents, you’re going to lose a lot of foster parents because of the funding,” she said.

“I mean, we love doing it and were not saying we want money, but we need support to give these kids the same life of any other kid.”

While their situations are different, both Jamii and Steph want careers in an area where they can help people.

Steph is studying aged care and Jamii wants to be a social worker.

“I want to help kids that are in the same position I was in,” Jamii said.

“You know how — you might not know — sometimes in DHS you’ve got the kids screaming at the workers yelling ‘you don’t know how I feel'” she said.

“If I was a DHS worker, I could and say ‘yes I do, I have been in this position before. I’ve been exactly where you are in a different time and different circumstances but I know how you feel’.

“I can help them realise that they can have a better life just like I have.”