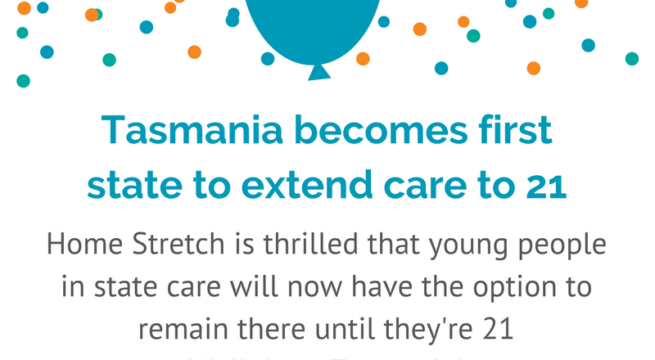 First state Government to extend care to 21 years in Australia

The policy announced by the Liberal party also included incentive payments of $2500 to be paid to both the foster carer and the young person when they successfully complete Year 12.

A $16.7 million package was announced, which includes funding to extend the out-of-home care system, allowing young people to remain in care until the age of 21.

Mr McDonald praised the announcement and said the decision is the most significant announcement by any State Government for children in care in a generation.

“This will make a huge impact for vulnerable young people in Tasmania so they can be supported and provided with positive pathways until 21.”

“The evidence tells us that extending care to 21 years will result in greater employment opportunities, increased educational participation and reduced homelessness for Tasmania’s young people.”

“It is now time for all other Australian states and territories to follow Tasmania’s lead and support young people in care by extending the age of care to 21,” he said.

Leading up to the 3rd March election, this guarantees extended care to 21 years for care leavers in Tasmania, with Tasmanian Labor making a similar announcement last month.