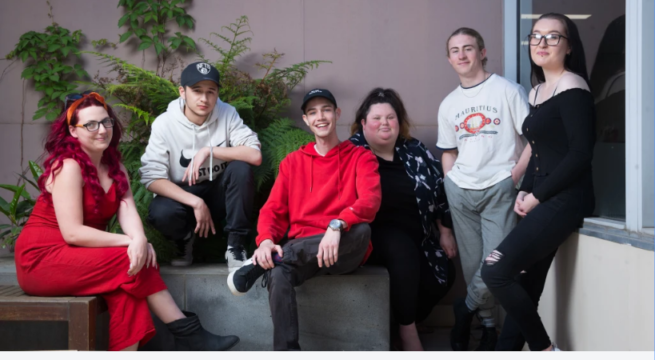 Shauna and her friends plead with Premier for more help

Shauna O’Neill did not celebrate her 18th birthday. She didn’t have a party or go dancing with friends.

Instead, the young woman, who was still in year 12 and studying, packed her bags and moved out of the residential unit where she’d been living with four other young people, and into a grungy, cockroach-infested flat in Sunshine.

The roaches crawled up the walls, through her bedding and chewed up her school work. “It caused a lot of harm to my mental health. I had bad dreams that they were always on me,” she says. She had no hot water or gas for a month.

In an emotional letter, a dozen young people like Shauna who grew up in the care of the state have pleaded with Premier Daniel Andrews to give every care leaver the option of extended support until age 21. So far there has been no answer.

Leaving care: in their own words

Shauna O’Neill, 18I’ve been in out-of-home care since I was 13. My resi experience was good, I had therapeutic care. But on my 18th birthday I packed my stuff and moved into a horrible unit infested with cockroaches, and no hot water or gas for months. It did a lot of harm to my mental health, I had bad dreams. I couldn’t study. You feel lonely and isolated.

Ash Potter, 25I ended up couch surfing right through my VCE and I managed to complete it over 2 years, couch surfed. I studied whenever I had the chance – travelling to and from school, at my friend’s house – my laptop became my best friend. I want to say to Daniel Andrews: look at it not as a government, but as a parent.

David Wendon, 18I’ve been in the care system since I was 14. Residential care didn’t want you to succeed, they always put you down and the people you live with have lots of different mental health issues. On the day before my birthday I was told I had to move out by 10am the next day. So no-one is excited to turn 18. When we turn 18 we’re all just going to be bums and homeless on the street.

The experience of young people in care – who lose support from the state, their “parent”, on their 18th birthday – stands in stark contrast with the trend for young people in the general population.

“Most young people these days have their parents’ support long past the age of 18. We are entitled to the same opportunity,” the group writes in the letter, which is supported by the Home Stretch campaign.

In April, after years of lobbying from welfare organisations, the state government launched a limited program to extend support to the age of 21. Now, every year, 50 young care leavers will get extended care. The program will go for five years and cost $11 million.

For these young people, the government will provide ongoing reimbursement to foster or kinship carers, or provide residential care, and help with education or employment. But the program still leaves about 450 young people each year (90 per cent of the total) who will lose support when they turn 18 despite economic evidence that supports a different approach.

“The State of Victoria has been our legal guardian throughout our childhood, and yet you are only willing to extend care to fifty young people … leaving the rest to fend for themselves,” the letter says.

“No one is excited to turn 18,” says David Wendon, who was told to move out of residential care by 10am on the day of his birthday. “When we turn 18, we’re all just going to be bums on the street.”

Research estimates that between a half and a third of all young people leaving care will experience homelessness in the first two years. Anglicare Victoria chief executive officer Paul McDonald says the government made the right decision to introduce extended care but should make it universally available to all who want it.

“Don’t deny these young people the great outcomes they could have,” says McDonald. “This is what happens in families, and that’s what we want for children in care.”

Analysis by Deloitte, commissioned by Anglicare and published a few years ago, found Victoria would derive a financial return of between $1.84 and $2.53 for every dollar it invested into extending state care.

Shauna O’Neill found another unit to rent which was mercifully cockroach-free. Initially, it was a struggle to pay bills or keep to a budget because she’d never been shown how to do it. The 18-year-old also taught herself to cook from Youtube videos.

“It’s crazy to think only 50 people are getting support, every client in care should have the choice to extend it to 21,” she says. “It gives you a chance to get things in place.”

The Home Stretch campaign has estimated it would cost about $10 million a year to support 250 young people in extended care. This is based on about 50 per cent of young people opting to accept additional care, as has been the case overseas.

Minister for Child Protection, Luke Donnellan, said the government introduced the program because it knew it had to do a better job of supporting young people as they left care. However, it was also important it was evaluated before expanding it, he said.