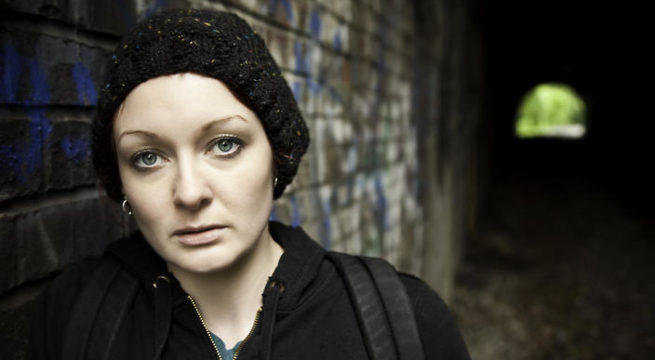 Foster care children are expected to move out of their state care home and live independently as soon as they turn 18-years-old. But what happens if they aren’t financially, mentally or physically ready to go it alone at age 18? Vicki Sutton from Melbourne City Mission explains one tragic consequence: youth homelessness.

There’s currently a record number of young adults who – faced with rising rent and living costs – are choosing to stay living with their parents well into their twenties. But the reality is not every kid in Australia has that ‘choice’. Not every teen has the luxury of choosing to live in a warm, helpful and loving family environment and to continue doing so after they turn 18, perhaps even until they are in their late-20s and are ready to hit the property market on their own.

Working in the community and homelessness sectors, I’ve been shocked to see multiple cases of young people, who at just 15 years of age, are planning their transition to independent living, and are pushed into total independence just three years later.

Young people like Sarah don’t have the support of their families – they have been removed from their families because of abuse or neglect and are living in the state care system. By the time they’re 17, their clock is ticking.

Sarah* is one of these young people. She first came to us at Melbourne City Mission shortly after her eighteenth birthday when her child protection order expired. Sarah had been in state care since aged 10, when she was removed from her mother who was a heavy drug user. At age 18, Sarah was dealing with a range of mental health issues and was not ready to live independently. It is only now, at age 23 that Sarah has been able to establish herself in stable, transitional accommodation and is now on the priority list for permanent accommodation.

Young people like Sarah don’t have the support of their families – they have been removed from their families because of abuse or neglect and are living in the state care system. By the time they’re 17, their clock is ticking.

Without the skills to live independently, when their 18th birthday comes around, an estimated 35 per cent of young people in the Out of Home Care system will enter homelessness in the first year of leaving care. That’s over 1000 young people each year.

In Victoria, many of these young people find their way to our doorstep, to the statewide youth homelessness ‘access point’ at Melbourne City Mission’s Frontyard Youth Services in the Melbourne CBD. Why is this happening?

For Sarah, her mental health issues developed partially as a result of her isolation from her mother, and were compounded by her grief at the loss of her partner, and at 18, she did not have the capacity to manage this, and hold down stable accommodation. Her life skills were still emerging and developing, and like many others considered at 18 to be “adults”, Sarah experienced age-based discrimination in the housing market (related, in part, to the fact that young people receive youth – not adult – wages).

The problem is simple, and it’s not good enough. State care currently ends at “adulthood” – age 18 according to our state, territory and federal governments. No matter that these “adults” – at 18 – still have high support needs from their exposure to family violence, abuse and neglect.

Young people are not being adequately supported to transition successfully to adulthood.

This is the ugly truth. At 18, care leaver’s are on their own. And, unless they’ve sorted a place to live, income to pay for it, and have the skills necessary to sustain independent housing and look after themselves, they’re on a fast track to homelessness.

The homeless system exists because of the failures of other service systems, including the Out of Home Care system, to properly address the needs of our most vulnerable citizens. Young people are not being adequately supported to transition successfully to adulthood.

So what happens next?

Thankfully, the Victorian government has now recognised the urgent need to invest in programs that identify vulnerable families early and deliver targeted support to strengthen those families, so that children and young people can be diverted from the care system.

Programs like Cradle to Kinder are working with young families, whose children are at risk of being removed, to make the family environment safe.  Parents are supported to access Enhanced Maternal and Child Health services and child care, participate in child and family therapy, and receive individual coaching and parent education so that they build parenting skills and confidence. For children who are in the Out of Home Care system, initiatives like the Victorian Targeted Care Packages have opened up opportunities for more children to be placed in kinship care with extended family, rather than residential care units run by community organisations.  Initiatives like the Lookout Education Support Centres support children in care stay in school.

These are important measures, but we need an even more fundamental change. We need the state care support system to give young people the option to have their support period extended beyond the age of 18; ensuring they have a safe and secure place to call home, in an environment which addresses their unique needs and improves their life outcomes.

Young people in Australia have the right to an adequate standard of living, including adequate food, clothing and housing; and the highest attainable standard of mental and physical health.

We believe that extending the leaving care age to 21 is a much closer reflection of what is happening in any other family setting in Australia, when most kids are beginning to find their feet.

And, unlike the growing number of young people sticking it out at their parents’ house into their twenties, at 18 years old Sarah had not yet had the opportunity to learn how to support herself – how to balance the need to earn an income, pay the bills, cook dinner and wash her clothes, let alone figure out how to land a rental property or even sub-lease a room. At the age of 18 most kids aren’t ready to be so responsible.

We believe that extending the leaving care age to 21 is a much closer reflection of what is happening in any other family setting in Australia, when most kids are beginning to find their feet. At 18, these young people are not equipped to have the rug pulled out from underneath them, let alone be forced to encounter the harsh realities and trauma of homelessness. Why then should young people who have spent time in the out-of-home care system, without the support of their families, be expected to stand on their own two feet as they are catapulted out of state care system at such a young age?

Melbourne City Mission and more than 100 other organisations nationally are working to make this a reality, through the Home Stretch campaign.

We want to see young people exiting state care and thriving, not just surviving. We don’t want any more 18 year olds on our doorstep, homeless, because their time in state care is up. Let them find their feet as they transition into adulthood. Let them stay until they are 21.

*Note- Sarah is not her real name.