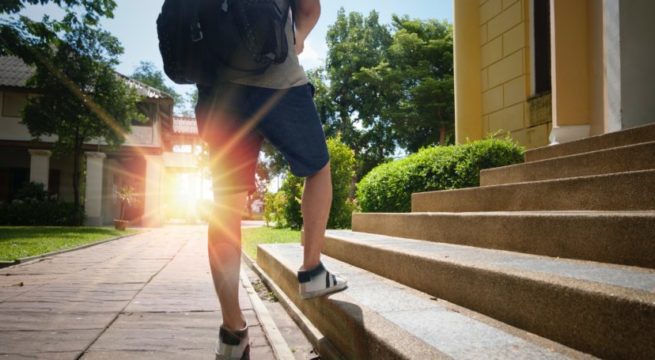 Don’t abandon young people in care once they turn 18

What happens to children in state care who don’t have foster families when they turn 18? They immediately lose support, writes Maria Palumbo, which can have terrible consequences for many of them.

There was a time, not so long ago, when kids were off to work at 14, left school by 17 and were out of the family home soon after. There was a social expectation: 18 was the cut-off point for parental financial help and housing. It was the age when, after a solid foundation of love and support, you needed to stand on your own – sink or swim.

So it was then. Could you imagine it now? No, because times have changed.

Young people are living at home longer than ever than ever before – and when they do leave, they often return. The cost of living, housing and rental expenses combined with the need to study means they are dependent on mums and dads long after their 18thbirthday.

But what about those young people who don’t have the foundation of a family home: teenagers who have been forced into foster or residential care as children, even babies, and have never known what it is like to live with their birth family let lone stay there until they are 18 or beyond; young people who have entered the child protection system because they have been abused or neglected?

The State Government recently announced an extension to payments for foster and kinship carers. From July 1, carers are eligible to receive annual payments for those they care for until the young people turn 21. This move, a response to the Nyland report into the child protection system, is an important and very welcome step forward. However, as it stands, the initiative does not include support for those in state care who don’t have foster families.

The situation for these kids will continue to completely change on their 18th birthday. From that day, they are no longer considered under guardianship and, as a result, don’t have access to the same support they had 24 hours before – food, care, a roof over their head.

Within one year, half of all state care leavers will be unemployed, in jail, homeless or become a new parent.

Research shows an adult brain isn’t completely formed until a person is 25. What we also know is that abuse – in its various forms – impacts brain development. It can affect cognitive development, making some of these already vulnerable very young adults significantly more at risk.

That said, there are many amazing young people who overcome this. Despite unimaginable challenges, and with the support of their carers and incredible personal strength, these young people manage to rise above the odds, succeed and do incredible things in their personal and professional lives.

But the reality is that it could equally go either way. Nationally, statistics reveal within one year, half of all state care leavers will be unemployed, in jail, homeless or become a new parent.

According to the Office of the Guardian for Children and Young People, in June 2017 there were 3296 South Australian children and young people under the guardianship of the minister through care and protection court orders – more than double the figure of a decade ago. Of these, 514 were aged 15 to 17, meaning that they will exit guardianship at 18 years of age in the next two to three years.

Perhaps the biggest concern is that many will be on the brink of finishing school with a bright future ahead with university placements or work lined up when their safety rails come down. Suddenly, they will find themselves out in the cold and struggle to find their place in the world without the stability and continuity of support.

Junction Australia works with hundreds of young people each year in the areas of homelessness, counselling and support. Many of those who leave our residential care transition straight into our homelessness services where they can continue to receive help from us.

Introducing an option for all young people in state care to retain existing support until they are at least 21 will be a significant financial spend – but it is also a significant and worthwhile investment which I’m sure any cost-benefit analysis would show. The answer could well be a staged approach to funding an effective model.

The Marshall Government now has momentum in regards to driving practical change for children under guardianship who live with foster carers.

Extending the option of continued support for young people in residential care for an extra three years will give these kids a real chance to succeed – and in doing so contribute to a more prosperous and productive society for everyone.

Maria Palumbo is the CEO of Junction Australia – a social enterprise which provides a range of community services including housing.