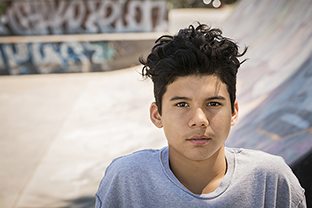 A cross-party coalition of major parties and independents will meet in NSW Parliament today to hear why six Australian states and territories have extended foster care for vulnerable young people to the age of 21 – and why this simple reform can be truly life-changing for those in the state.

Home Stretch National Chair Paul McDonald said when support for foster care is terminated at the age of 18, close to half of those leaving care will be homeless and jobless within 12 months. We can and should do better for the young people who need our support the most, he said.

“The fact that such a broad range of political parties are coming together to hear more about extended care shows how much interest this idea has generated across the country. I applaud everyone attending the event tomorrow for their interest in a better deal for young people who have faced challenges many of us would not want to imagine,” Mr McDonald said.

“The Home Stretch reform is simple and it works. It works for young people by giving them a better shot at a bright future. It works for the community by reducing crime, supporting those at risk rather than leaving them at the mercy of the justice system. And it works for governments, because it actually saves money by providing targeted support early rather than intervening when it’s often too late.”

“The idea we are putting forward is very different to the current situation in NSW, where some post-care support is provided which is episodic and short-lived. Extending care guarantees that care and support is provided to the young person for three further years, rather than forcing vulnerable young people to be homeless before help arrives or navigate a labyrinth of complicated processes seeking permission to gain help.”
The lunchtime event at NSW Parliament on Wednesday 23 February will hear a presentation on Home Stretch and why it has been adopted in some form by six different states and territories. The event will be co-hosted by representatives of five different political parties including members of the NSW Government.

For further enquiries contact Sarah Baird of Anglicare Victoria on 0419 035 117 or sarah.baird@anglicarevic.org.au.