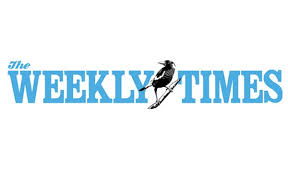 IT IS  not often the CWA makes the national news, but it did last week with news the Victorian branch is supporting same-sex marriage.

Yet other important, though less headline-attracting, resolutions were also backed by the women’s organisation the day the CWA declared its support for gay marriage.

One of those was a plea for all governments to extend the age at which government support for young adults in foster care and supported residential care ends from 18 to 21 years.

The United Kingdom did this three years ago. Most of the US and Europe does and Canada extends such support up to the age of 25 years.

CWA of Victoria president Machelle Crichton said CWA members had acknowledged the difficulty children have as they enter the foster care system through circumstances beyond their control.

Some CWA members, speaking in support of the resolution, said they had continued supporting their foster children after 18 with their own resources and without the state’s support.

They said because of the early disruption in their foster children’s lives they were simply not ready to leave home at 18.

Let’s face it, who is these days?

In the wider community, almost 50 per cent of those aged 18 to 24 have never left home, according to campaigners on this issue.

And if they do leave home then, invariably the kids return home after university or a few years away to save money.

So it seems daft to be tossing those who are left in any state’s guardianship out on the streets without support.

Indeed, it seems reasonable to suspect that they may be more even vulnerable than those who’ve had the luxury of lifelong love and support from their birth families.

Research shows that 50 per cent of those who leave care are homeless, in prison, unemployed or a parent within 12 months.

Could you toss your 18-year-old on to the streets without support, to find a job, a course and start life on their own? And in rural areas, it can be hard to find work.

Anglicare Victoria has launched a campaign called The Home Stretch to extend the age for support. Jesuit Social Services, Mackillop Family services, Rotary, the Salvos and now the CWA have joined them.

Anglicare Victoria’s Chief Executive Officer, Paul McDonald, estimates about 400 18-year-olds leave government care each year and thinks it could take $8 million to $10 million a year to look after them for another three years. That would provide their foster families with professional caseworkers, to continue with reimbursements for the family and to help them gain access to education or work.

He says that it is a good investment and would be better than sending kids from state care to unemployment queues.

He knows there are generous foster families who continue supporting their foster kids, financially, residentially and socially beyond the age of 18 but says states shouldn’t sanction a system that relies on volunteers to do this.

“Governments need to say this is not about extending care. This is about transitioning young people into adulthood.”

In a few months, The Home Stretch will release commissioned research into the possible impact of governments investing additional funds to keep supporting these vulnerable kids and their foster families until the age of 21.

Yes, some will rort the system, and yes it will cost. But think of yourself at 18 trying to get a start in today’s context.