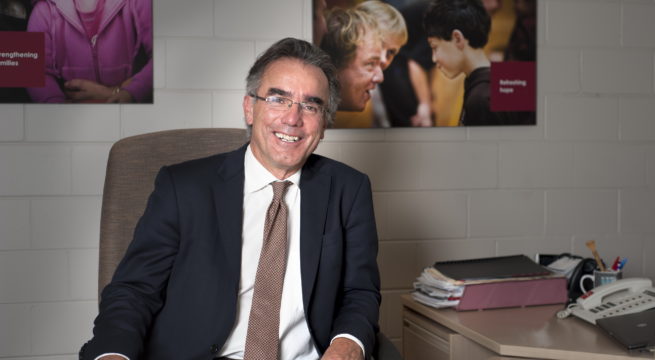 Australia is engaging in a form of State-sanctioned child abuse by abandoning the nation’s most vulnerable children when they turn 18, a national conference was told today.

Anglicare Victoria chief executive Paul McDonald said it was an international embarrassment that Australian States and Territories withdrew counselling and financial support from children in out-of-home care according to a date in the calendar and irrespective of their circumstances.

“The results of this archaic policy are catastrophic, expensive and socially corrosive,” Mr McDonald said.

“Nearly 3000 young Australians (nearly 1200 or 40% in NSW) will be ‘evicted’ from out of home care this year,” he said. They have been in foster care, kinship care and residential care after distressing backgrounds including family violence, poverty, abandonment and neglect.

“Eighteen-year-olds with a stable or privileged background struggle to cope alone in today’s society because of housing and rental prices, a tight job market and the drug menace. That is why there has been a huge increase in the number of 18-25-year-olds staying with their parents,” Mr McDonald said.

“But we expect young Australians from state care who have suffered from neglect and abuse and other disadvantages to go it alone.

“It is little wonder that young people from out-of-home care make up two thirds of homeless youth in Australia.

“It is no surprise that in the first year of their eviction, these young people have much higher rates of unemployment, failure to complete school, pregnancies, drug problems and involvement with the justice system than their peers.”

Mr McDonald is heading a national “Home Stretch” campaign appealing to State and Federal Governments to “finish the job” on out-of-home care. He was speaking at the Improving Outcomes in Out of Home Care conference in Sydney.

He said today that no Australian government could excuse itself by rolling out the tired old chestnut that money is short.

“For every dollar spent on extending out-of-home care to age 21, Australia would get a $2.13 return ($2.57 in NSW) in lower welfare costs and reduced hospitalisations, fewer arrests and less drug dependency, according to a major report by Deloitte Access Economics last year. “And there would be other gains in improved mental and physical health, increased social commitment and reduced intergenerational disadvantage.”

Mr McDonald said the US, UK and New Zealand had extended care to 21 in recent years. In Britain, the measure has been described as the most significant child welfare reform in a generation. In the US, the Federal Government subsidises States to extend care because they recognise the economic benefits; homelessness in the group was halved, college participation doubled and chances of employment were doubled.

“Yet Australia remains an international outcast, blind to the simplest, most effective and financially rewarding child welfare initiative staring us in the face. It’s a no-brainer,” said Mr McDonald.