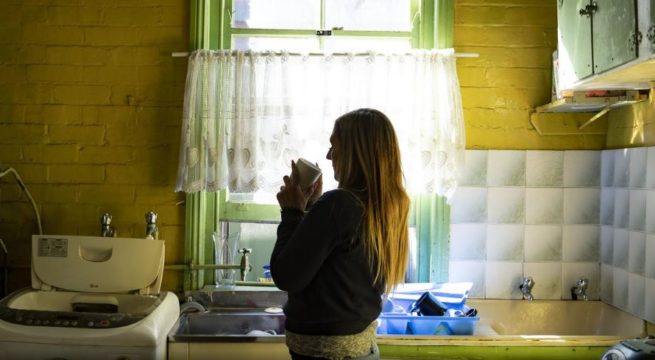 Alone and scared: How system is failing young CQ adults

A push to see the increase of foster care to 21 years old is sweeping across Queensland.

THE transition to young adulthood is a challenging time for many, but for those in foster and residential care across Central Queensland it brings with it a whole new level of disadvantages.

Despite the daily pressures associated with turning 18, young people in child protection – now adults in the eyes of the law – are often left to fend for themselves, their legal guardian’s rights effectively ceased.

In a bid to ensure their long-term safety and support, a Home Stretch campaign spearheaded by AnglicareCQ (along with a number of other providers and PEAKS) instead hopes to see the age of child protection care across Queensland increased to 21 years old.

AnglicareCQ CEO Carol Godwin said the push for change was a necessary one, adding it would safeguard the wellbeing of young adults across the region as they navigate the difficult period.

“At AnglicareCQ over 40 per cent of the young people we support through our Foster Care and Residential Programs are indigenous – who form four per cent of our general population,” she revealed.

Ms Godwin believes the benefits of extending foster care will shift the scenario for those exiting the system from one of surviving to thriving.

In a report released by the Home Stretch campaign this month, it reveals a total 68 per cent of young adults will become involved with the justice system within 12 months of leaving the child protection system.

Furthermore, 29 per cent of them will also remain unemployed compared to those living in stable homes.

Ms Godwin revealed some of the heartbreaking cases which inspired the movement, including a young woman who on her 18th birthday was dropped at a bus station without any notice.

“That’s where she marked her coming of age. For the next few months, when she couldn’t couch surf, that bus stop was her home. She was alone and scared. There was no one for her to turn to.”

She added while some programs in the region do exist for young people turning 18, it would often be limited in support scope, funding, time frames and geographical areas.

“This means if you’re exiting care out in Emerald or further west, your nearest after care support program is in Rockhampton,” she said.

“You have to remember, the young people we are expecting to be ready the earliest are those who are the most disadvantaged and traumatised in our community.”

While COVID-19 has seen those in foster care have their stay extended until they’re 19, Ms Godwin argued the “interim reprieve” did little to help and overlooked those in Residential Care.

“It’s the right thing to do and our young people deserve this commitment from us.”

This article was originally published by The Morning Bulletin on 28 July 2020. Click here for the original article.