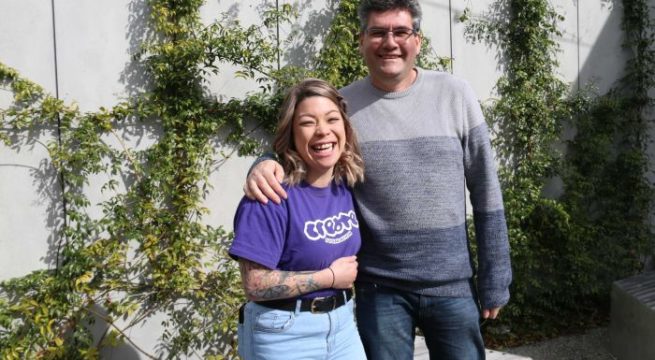 The Home Stretch campaign wants young people to have the option to stay in foster homes until they turn 21 and the State Government is backing extended support.

For Sarah Short, 22, leaving foster care was made easy because of the help of her caseworker and foster carers.

“I had a positive transition but not all young people get to have that,” she said.

“The last thing you want to think about is whether you’re going to have a roof over your head.”

Ms Short was only an infant when she was put into foster care with her siblings.

Then at the age of four she was separated from her older siblings and only reunited with her sister more than a decade later.

The young consultant for the Create Foundation said the Home Stretch campaign would help foster children get the support they needed to keep their life on track.

“If they don’t want to stay in care [until] they’re 21 then they should at least be given the support till they’re that age to [transition into being independent],” she said.

Success ‘not a common story’

Tasmanian foster carer John Flack and his partner Tracey have provided care to about 40 young people, including Ms Short, over the past decade.

Mr Flack said it was often that foster carers continued to care for their wards after they turned 18, but without financial assistance from the Government.

“We can keep providing them with a roof over their heads but it’s the other support services that they really need,” he said.

“We still have our rent to pay, our bills to pay, and there’s that horrible dread of, ‘do we push these kids out in order to force the issue?’ That’s a horrendous thing to even contemplate.”

Mr Flack said while there were some foster children who left and led successful lives, it was a rarity.

“Others have actually needed housing, homelessness shelters,” he said.

“I know the Salvation Army has stepped in and supported them and a couple [of kids I know] have ended up in prison which makes it really difficult and sad.”

Chair of the Home Stretch campaign and chief executive of Anglicare Paul McDonald said 63 per cent of homeless youth were care leavers.

He said extending care would reduce that number.

“In America, the United Kingdom and right across Europe they found when they extended care [they] halved the homeless rate for this group and doubled their education rate,” he said.

“We’ve been seeking this reform for some time and this is our second visit to Tasmania to talk to the Sate Government.”

Mr McDonald said a Deloitte Access Economics report showed the Tasmanian Government would save $2.69 for every dollar spent on extending state-funded foster care.

“This is an easy and effective reform and it’s time for the State Government to make this important change,” he said.

‘We need to give them more help’

She said she would be working with the Home Stretch campaign to boost care for at-risk young people who were no longer covered by child protection.

“As a mum of four, I definitely believe that we need to provide more support for our young people,” she said.

“It is being done under the auspices of out-of-home care reform as well as under the child protection redesign and we acknowledge there is more that we can do.”

Ms Petrusma said every state and territory was looking at extending support to young people in care.